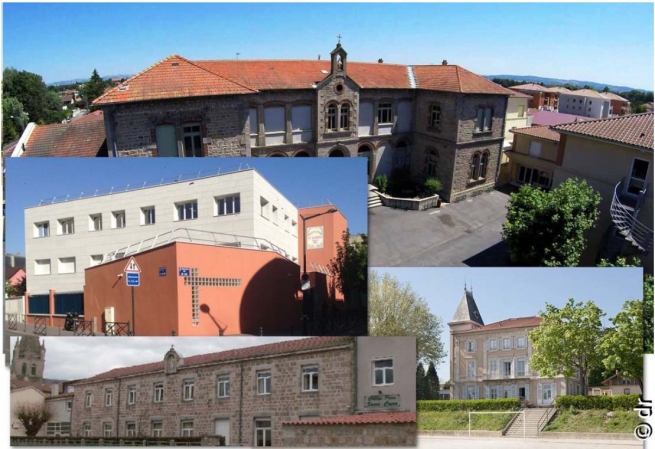 (ANS - Paris) – There are currently 55 institutes in the Salesian "Don Bosco network" in France, 6 in South Belgium, one in Morocco and one in Tunisia. Then there are other institutions or networks associated or invited, and some institutions have recently joined the Don Bosco network or have applied to enter it.

Among the educational centers joining the network are the Brothers of the Sacred Heart, whose center was founded in Lyon by Fr André Coindre. The religious no longer felt able to provide sufficient and necessary support, and after appropriate discernment involving the laity responsible for those institutes, they opted for a rapprochement with the Salesians, whose educational tradition was considered close to theirs.

At the end of a common path of two years, Salesians and Brothers of the Sacred Heart celebrated together this transmission of duties and care, defined as "devolution of guardianship". Thus, since last spring their network of 6 schools and 4,000 students has entered the Don Bosco network. The structures involved are:

Likewise, there has been a devolution of the institutes of the Handmaids of the Poor of Jeanne Delanoue in Saumur, namely:

And another by the diocese of St-Etienne, which devolved two institutions closely linked to the Don Bosco network:

Other entries or inclusions are already programmed:

Reconciliations, mergers, devolutions, protection are not unique events in Catholic education, especially between institutions with a certain proximity in their educational tradition and approach, and  always with a view to offering a better service to students and sharing responsibilities and tasks. For its part, the "Don Bosco Network" does not have as its objective an ongoing and continued expansion, but it is available to accommodate those institutes in which an educational approach already exists that is close to the Salesian Preventive System.