Bolivia - Being a father for the neediest young people: a mission inherited from Don Bosco 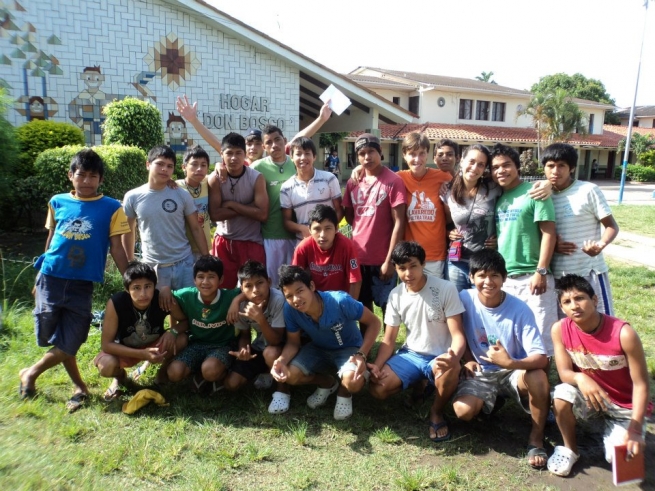 In Montero, 40 km from Santa Cruz, there is a large agricultural school, "La Muyurina" and a beautiful parish "La floresta". In San Carlos and Sagrado Corazón, the Salesians animate a vast area pastorally-speaking with dozens of communities scattered in a vast agricultural area. In Yapacani they run a boarding school that houses about 50 young people from distant areas and with serious difficulties of moving to and fro, due to distance and infrastructures.

The peculiarity of the Yapacani boarding school is that it is managed by a group of five Colombian volunteers, founded by a Colombian priest who was inspired by Don Bosco. Theirs is a voluntary service that is maturing towards a vocation of special religious consecration, and they have agreed to animate this boarding school even though they are in very precarious conditions.

In Santa Cruz, there is the "Hogar Don Bosco", founded and directed by Fr Ottavio Sabbadin, SDB. It is a true and proper citadel of poor youth, with a plurality of services for orphans, street children, the disabled. The city of Santa Cruz attracts people from the Bolivian countryside and mountains, where life is getting tougher. Not that the conditions of life improve on the outskirts of this great city, on the contrary. Families easily disintegrate and suffering the consequences are, as always, the little ones.

For this reason Fr Sabbadin puts into practice the first pastoral experience of Don Bosco: to be the father of so many boys, girls, and young people who no longer have a father and a mother. The mission of the Salesians there is simply to offer a home and a family atmosphere where everyone is welcomed as he or she is, with all their poverty and misery, is helped to grow, to redeem themselves from the condition in which they find themselves, for no fault of their own.