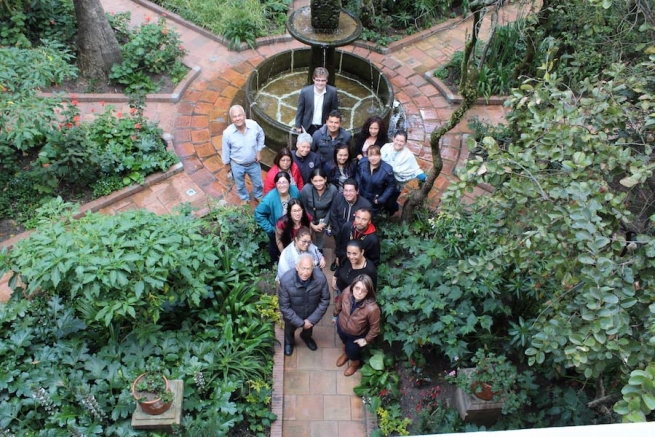 (ANS - Bogotà) - It has already been written by José Saramago, the Portuguese writer: "We must recover, preserve and transmit historical memory, because when we start with oblivion, we end up with indifference." One of the themes of the six-year program elaborated by the Salesian Congregation is to "start up, in a coordinated fashion, the care and promotion of the Salesian artistic and cultural heritage as the wealth and patrimony of the Congregation in favor of the mission." The "San Pietro Claver" Province of Colombia-Bogota has long started and taken on this proposal and challenge.

In fact, the project of the Rector Major and his Council for the period 2014-2020 indicates in writing several proposals (see Counselor for Social Communication - Area 4):

In the wake of the objectives of the Salesian Congregation, the Province of Bogotà organized, for 27-28 September, the II meeting for 2018 of the project "Community Reconstruction of the Salesian Historical Memory of Provinces". The appointment had the main objective of reasoning together on the descriptive charts of cultural and historical heritage (according to artistic and usage categories) in Salesian presences; and the publication of progress made in the various areas of the project for each presence.

The meeting took place at the Salesian Institute "Leo XIII" and was attended by coordinators and members of the teams of the centers and houses of the Province.

The representatives of each center have thus had the opportunity to present the progress  made concerning the five parts of the project: written chronicle, photographic chronicle, chronological development, final document and historical hall or archive. In addition, progress has been reported in terms of charts or records of the heritage that is artistic and of use and suggestions and corrections have also been formulated.

On the second day of the meeting, the chronological development of the 80 years of Salesian life and formation of the "El Porvenir" centers was presented as was the Salesian Provincial Historical Center.

"It is necessary to look at the past with gratitude, to live the present with passion and to embrace the future with hope," Pope Francis has repeatedly said.