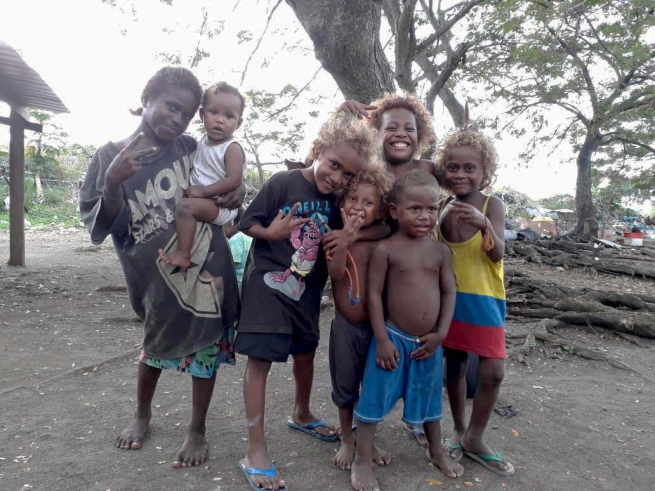 (ANS – Honiara) – Ranadi is a suburb of Honiara, Solomon Islands, and is located West of Panatina, East Honiara. It is known for being a dump site for all the garbage from around Honiara. Unfortunately, many families are living in the vicinity to dig and collect plastic that will help them survive. Children and youths are involved as well. Earlier, the people called on some religious orders to help them specially to celebrate the Eucharist. Fr. Srimal Priyanga sdb, Rector of Don Bosco Technical Institute, Henderson, was among those who were contacted.

On August 6, 2018, Fr. Alfred, SDB and Fr. Srimal visited the rubbish dump to see for themselves the situation of the people and the way they lived their lives. They had a short meeting with the community leader. The situation touched the two fathers. The stench and squalor of the place was repugnant. This visit of going beyond the boundaries of our institution to touch the lives of those around us, became an eye opener to the salesians.

Thus, the provincial expressed hisfull support and encouragement to the community of Henderson to examine the possibility to reach out to the people particularly the youth of this poor community as well as the adjacent community. He highlighted that “reaching out to them and examining how we can help these poor people is a very concrete expression of Don Bosco’s missionary spirit for the community.”

In response to this challenge put across by the Ranadi Landfill Site and our provincial, the community has accepted to start up regular meetings with the young and study together with the people how the community could intervene in the aspects of education, sanitation and oratory. The confreres of Don Bosco Henderson community invites all to support these vulnerable families as well as to reach out to all in need in different situations.