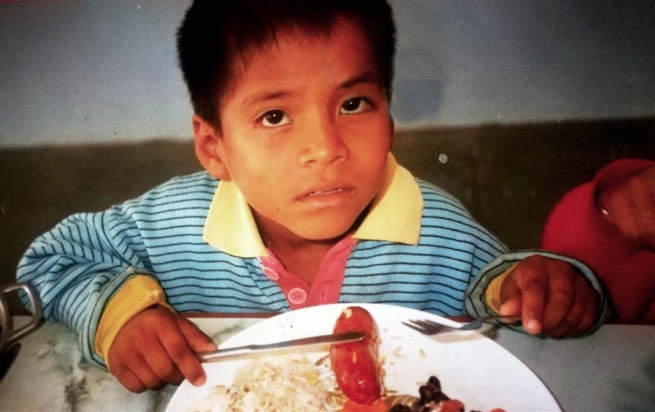 (ANS - Santa Cruz) - Many Salesian houses were born of the ability to observe the surrounding reality. "The Don Bosco Project was established on 1 November 1991 following the concern of Msgr. Tito Solari, SDB, then auxiliary bishop of Santa Cruz, who, having observed the situation of abandonment of many children and young people, decided to look for solutions to offer them complete assistance." This project has continued to bear fruit for over 25 years: one is Fermín Galarza Cardozo.

"I arrived at the 'Hogar Don Bosco' center when I was 5-6 years old," he says. "I came from a painful situation, because the village we lived in had been flooded by a flood of the Rio Grande." In truth, every child who enters a home has a history of pain. "Many of them cannot possibly live with their families, either because they are orphans, or because they are from very poor families who can no longer take them," continues one of the leaders of "Hogar Don Bosco."

"My parents separated," continues Fermín, "and the Teresian nuns took care of me and my brother. They set out to find a place where we could be educated and became aware of the great work of Fr Ottavio Sabbadin at the Hogar Don Bosco. So I arrived at that house. Initially I had difficulty adapting, but over time I took to considering it as my real home."

Life at the Salesian Center is always united with good school education, the key to ensuring that those who arrive can build their present and their future in an autonomous and responsible way. This is the reason for this center. The same Fermín explains that: "The Hogar Don Bosco is a place where they gave me affection and love. I saw that the doors were always open to those who needed it. Personally, I found a family that welcomed and educated me without asking anything in return, as Don Bosco wanted, and because one day I became a good Christian and an honest citizen. The Hogar Don Bosco was my school of life."

Still today Fermín is inserted in the Don Bosco Project, but now as a Professor of Social Sciences at the "Ceferino Namuncurá" Educational Unit. He concludes his testimony: "Looking back I remember so many experiences, joys ... I have nothing else to say, except, 'Thank you, Father Ottavio!'"