Spain - "We are more, against hatred and radicalization": a project to prevent hate speech in social networks 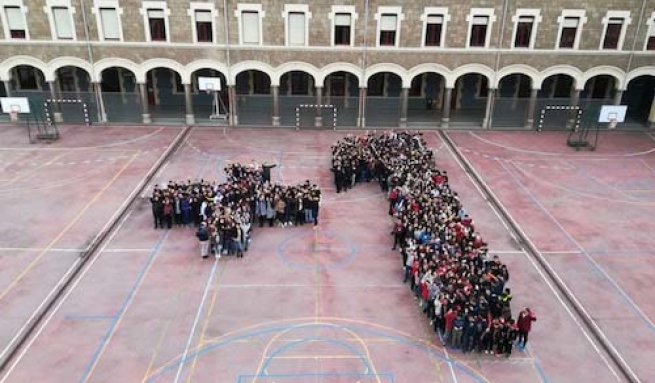 (ANS - Madrid) - Encouraged by physical distance and anonymity, we have permitted that respect has fallen by the wayside in the the world of social networks with the prominent use of degrading words against people and peers. "Hate speeches," says the Council of Europe, "are a form of expression that spreads, incites, promotes or justifies racial hatred, xenophobia, anti-Semitism or other forms of hatred based on intolerance." To overcome this type of behavior, which undoubtedly not only affects young people but many people who use social networks, various institutions have joined forces and managed to prepare a project.

The Salesian NGO "Jóvenes y Desarrollo" has launched the second edition of the project "Somos Más" (We are more) to prevent the incitement to hatred on social networks. The project was funded by Google and aims to promote tolerance, a culture of peace, fairness and human rights, as well as curbing hate speech and radicalization among adolescents and young people.

Participating in the initiative are various entities and institutions, including the Salesian NGOs in Spain - in addition to "Jóvenes y Desarrollo" - "VOLS" and "Solidaridad Don Bosco" - and bodies such as "Intercultural Aula", the Spanish Government, "Red Aware" and the "Federation of Public Employees of the UGT Syndicate."

The project involves formation for over 28,000 boys and girls between the ages of 14 and 20 and more than 600 educators of youth groups, associations, public and private schools throughout Spain.

"'Somos Más' was a project in which we fully identified ourselves, so the work of prevention against hate speech and commitment towards the transformation of social networks to build peaceful societies, marked by dialogue, by tolerance and fraternity and where human rights be effective for everyone," declared Juan Linares, President of "Jóvenes y Desarrollo".

As teaching material, the project includes role-playing, a formation course, and 10 lessons plans for educational empowerment. In addition, it offers a guide for teachers. Finally, young people will participate in a competition for the creation of a video by which they will be actively involved towards building a more just and fair world for everyone.

"Education in these media is fundamental," said the founder and CEO of the Twitter network, Jack Dorsey. "We must teach young people who are not yet present in social networks that good manners is not heading towards extinction and that if you say something offensive online you can face problems. I mean: maybe the next generation will take some time to think before they start writing."