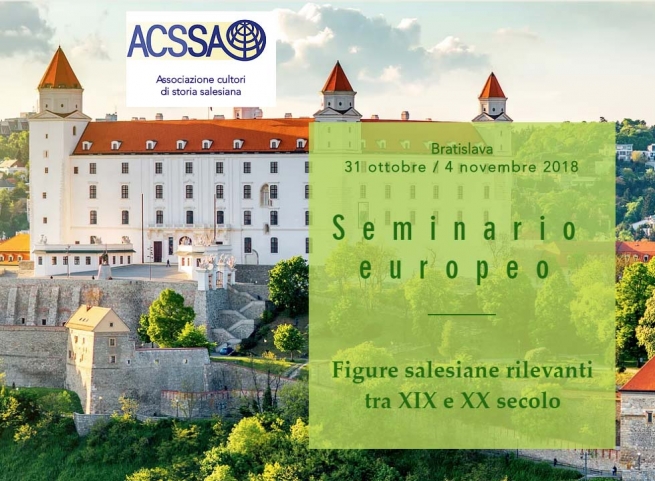 (ANS - Rome) – Scheduled from October 31 to November 4, at the “Centrum Salvator”, Bratislava, Slovakia, is the European Seminar of the ACSSA - Associazione Cultori di Storia Salesiana, or the Association of Salesian History Scholars. The seminar's theme: "Significant Salesian Figures between the 19th and 20th centuries."

The primary purpose of the seminar, to which about 50 scholars of the Salesian Family are expected, is to present the figures of the Salesian Family who in the period between the death of Don Bosco and the Second Vatican Council incarnated Salesianity in a meaningful and incisive way: as a mission and a way of being and of working at the service of the young, in creative fidelity to the charism of Don Bosco.

At the same time the seminar will make it possible to foster and promote an "awakening of community and personal memory"; offer precious sources of discussion and debate and inspiration for pastoral activities of the present and of the future, as well as an opportunity to prepare contents for several forthcoming anniversaries: the centenary of the death of Fr Paolo Albera (2021), the 150th anniversary of the foundation of the Institute of the Daughters of Mary Help of Christians (2022) and of the Salesian Missions (2025).

During the five days of the seminar, a total of 34 reports shall be presented; of these, 23 concern Salesians of Don Bosco. As for the speakers, besides Salesians and Daughters of Mary Help of Christians, there shall also be 4 lay people and a Salesian Cooperator.

On Friday, November 2, participants will also have the opportunity to visit several significant places in Slovak history and spirituality, and of Salesian life in the difficult times of the 20th century.

The ACSSA European Seminar is part of a series of continental seminars that opened last June with assizes dedicated to South Asia, held at Hyderabad, India. Also, scheduled between February and March 2019 are dates for the Americas, Africa and East Asia-Oceania.

All these continental regional seminars will also serve as a preparatory path for the 7th ACSSA International Congress, scheduled for 2020.

Further information is available on: www.acssaeuropa.wixsite.com/acssaeuropa2018