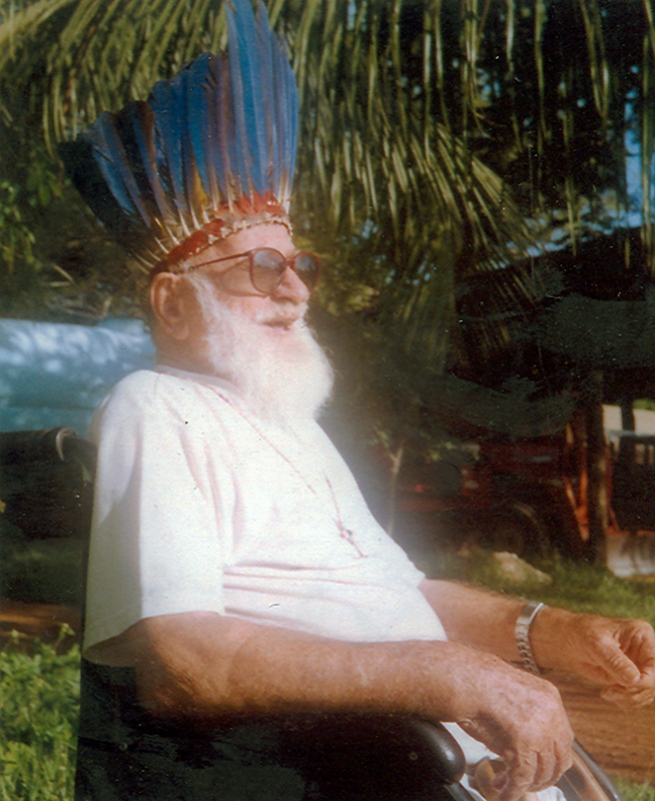 (ANS - Campo Grande) - The Salesian Province of Brazil-Campo Grande has communicated, with great sorrow, the passing, at 102 years, of the Salesian missionary Fr Pedro (Pietro) Sbardellotto, which took place on November 5th. According to Fr Lauro Shinohara, director of the "Paul VI" community, where Fr Sbardellotto lived, the missionary died "like a candle that has consumed itself."

Pietro Sbardellotto was born on August 22, 1916, in Mel, province of Belluno, Italy. After attending the Salesian house in Castelnuovo d'Asti, he practically did all of his Salesian life in Brazil, a country from which he also received citizenship in 1990.

Reaching Brazil in 1936, he completed his novitiate at the "São Gonçalo" house in Cuiabá, made his perpetual vows in 1944 in Campo Grande and was ordained a priest, also in Campo Grande, in 1950.

The name of Fr Sbardellotto is inextricably linked to the missions among the indigenous peoples of Brazil, in particular the Xavante, a proud and combative people, with whom he began to have the first, sporadic contacts between 1951 and 1953.

In 1957, accompanied by the Servant of God Simão Bororo and the Salesian brother Jorge Wörz, Fr Sbardellotto undertook his work of education, social promotion and evangelization among the Xavantes at the mission of "Santa Terezinha". When this, however, was closed due to the emigration of the natives from that area, Fr Sbardellotto returned to serve them at the mission of "São Marcos", built at the farthest point of the land granted by the Brazilian government, to avoid conflicts with the other indigenous population already present in that area, the Bororo.

The mission of "São Marcos", still active, Fr Sbardellotto founded and erected "with sweat and sacrifice", as was asserted by an indigenous Xavante in a speech in his honor in 2000, on the occasion of 50 years of Fr Sbardellotto's priesthood.

"And we, Xavante, what do we do for him? We simply give him our prayer and friendship," continued that day's official speech. "Reverend Father Pedro, we have nothing to give you, but in our prayers we ask that God give you strength and health to stay longer in our midst. We will never forget what you did for us. These things are very surprising signs for the Xavante people of São Marcos, and for this we thank you."