Italy - Co-responsibility between Salesians and lay people. A path of formation together 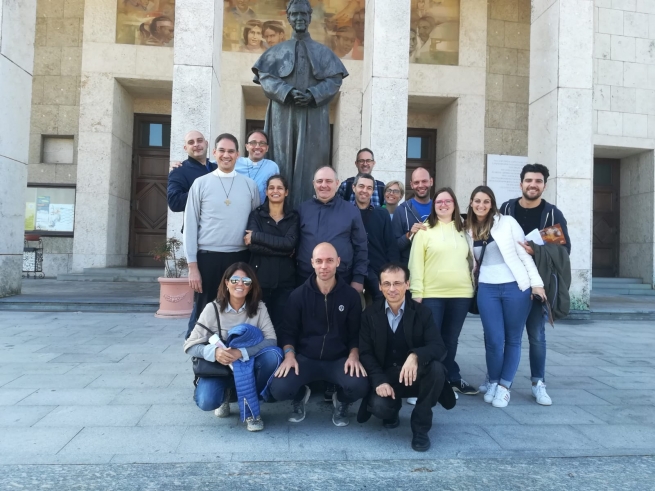 (ANS - Genoa) - In accordance with the guidelines already anticipated in the GC24, where there is talk of a serious itinerary of formation towards Salesian identity as responsibility of the Provinces, but organized together with the laity, Fr Francesco Marcoccio, Vicar of the Italian-Central Circumscription (ICC), traveled to Liguria and to the Salesian Places in October, to accompany the Educational-Pastoral Communities of Varazze and Genova-Quarto in the path that leads them to grow as Houses of the Circumscription under lay leadership.

Also accompanied by the referents for the two houses, Fr Marcoccio first visited the Salesian oratory in Genoa-Quarto, where the foundations for this work were laid; then, with the entire group of people involved, he travelled to Castelnuovo Don Bosco and the Santuario del Colle Don Bosco, where during the day a charismatic experience was lived by all, via the memory and the understanding of lives fuflfilled and the attitudes of Don Bosco, Mamma Margherita and Domenico Savio.

Finally, on returning to Varazze, the attempt to share emotions and reflections that had emerged during the previous days in order to outline the contours of a formative path that is useful for lay people called to manage the various tasks of a Salesian House.

From the synthesis, three important elements that shall require study at the local and provincial level emerged:

These will also be the themes from which to start again at the next meeting, scheduled for early June 2019.