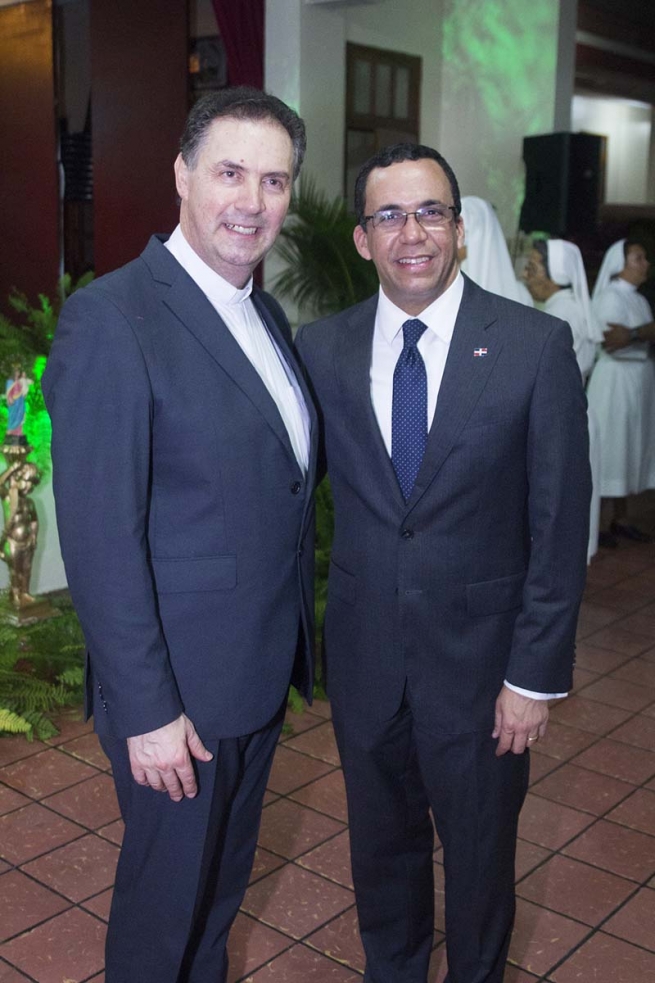 (ANS - Santo Domingo) - Today he is the Minister of Education and he promotes programs for the development and growth of thousands of people across the country. But his educational or scholastic journey had not been simple and to face and deal with it, the role of Don Bosco's spiritual Sons was significant and of import. This minister is Andrés Navarro, a past pupil of Don Bosco, still very grateful to the Salesians, with whom he continues to collaborate.

"The Don Bosco school helped me to overcome many limitations I had at the time," says the minister. He had just moved, along with his family, to Santo Domingo, and was enrolled in second grade. "I had serious learning problems. I was very lonely …," he continues. Doing homework was a pain, a moment of suffering, despite the help of his parents. Andrés' self-esteem was in danger of collapsing when his younger brother first joined him and then passed him in school.

The transformation in the man he is today originated then, in two environments: inside the house, thanks to the mother, who first became aware of his problems and who, for years, helped him do his homework every afternoon; and then at the Salesian center, where on the one hand the spiritual Sons of Don Bosco accompanied him patiently and directed the family towards the correct and proper therapies, while on the other his friends from the youth center supported him in winning his personal battle against shyness and learning difficulties.

In the end, Andrés graduated with excellent marks. "... And I also became a university student with a high academic performance," he adds.

Today, in his school meetings, he always encourages children in need and their families. "There are no stupid children," he says. "At the time, I too could have or may have looked like a stupid child, had it not been for my mother and for the Salesian school."

As Minister, Andrés Navarro willingly returns to his old school. The last time he did so was last September when he delivered to the institute's students the first computers supplied by the State, as part of the "República Digital" program.

"We have signed an agreement between the Ministry of Education and Salesians, according to which most of their centers have become public. This allows us to raise the quality of teaching thanks to the competence of the Salesians," concludes the minister; precisely on the occasion of the consignment of the computers at the Don Bosco Institute, he expressed his dream: that all the schools of the Dominican Republic may be permeated with the effort and commitment of the Salesians towards children, young people and schools.