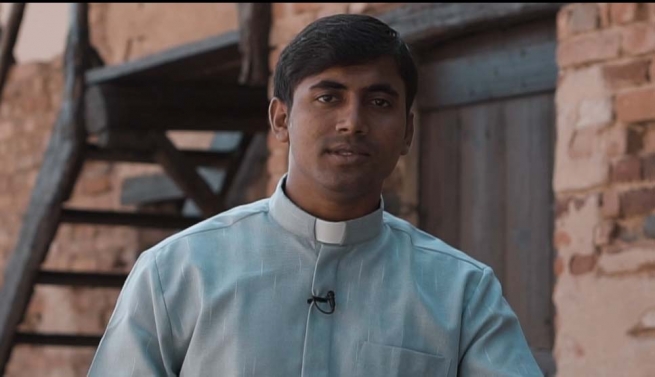 (ANS - Castelnuovo Don Bosco) - Nilesh Dodiyar, a young Indian of 24 years, is still completing his formative journey as a Salesian of Don Bosco, but he is already aware that his is a missionary vocation. "After completing the two-year program in Philosophy, I asked to leave for the missions." Now he is called to share the Gospel of joy in Belgium and Holland.

Nilesh is one of the 34 missionaries who received the missionary crucifix from the Rector Major's hands on September 30th at the Mass of the 149th Salesian Missionary Expedition. He is aware that it will not be easy to overcome linguistic and cultural barriers and to be able to break into the hearts of the youngsters he will meet. But he has decided to entrust himself and to jump into the fray: "working with them will be a challenge, but the Holy Spirit will guide me."

To find out more about Nilesh's mission on ANSChannel there is a short video in English, subtitled in Italian, made by "IME Comunicazione".