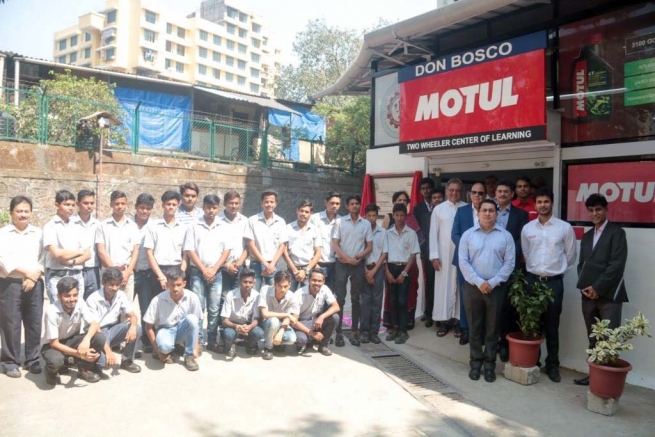 The venture will teach youth to learn, be skilled and qualified in the motorcycle/scooter mechanics industry. The training will take place over a year and will include on-the-job training at two-wheeler authorized service centres across Mumbai and its suburbs.

Goswami then congratulated Don Bosco for initiating the Motul Centre for Learning. He was impressed with the enthusiasm of the trainees to become skilled technicians and entrepreneurs with their own service stations.

The collaboration with the company "Motul" is certainly not the first developed by the Salesian center of Kurla to favor the training and employment opportunities of its students: in the past years the institute has already developed 14 other such partnerships. Among the most recent and important, one might mention the agreement undersigned in July 2017 with "Tata Hitachi", an important company in the sector of production and trade of agricultural and industrial machinery; as well as the agreement dated July 2015 with the giant Japanese automaker "Toyota" for the activation of a course centered on bodywork repairs and painting.