Argentina - Marching against violence that comes from drugs, already cause of 35 deaths 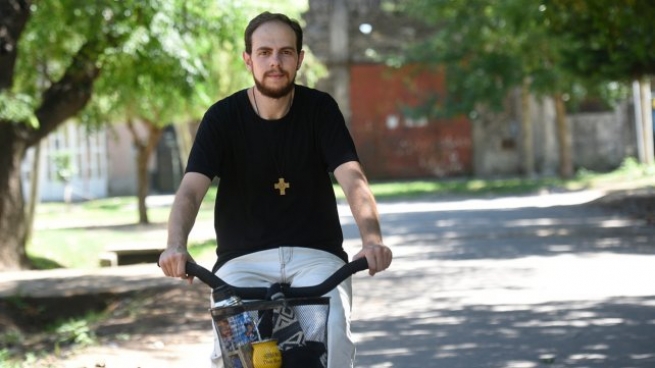 (ANS - Rosario) - Salesian priest Fr Federico Salmerón belongs to the "San Domenico Savio" community of the city of Rosario and speaks of the difficult situation in which so many minors live due to marginalization and drugs.

Poverty, lack of opportunities, drugs and violence. An explosive cocktail that marks the reality of many neighborhoods in Rosario. In one such district, Ludueña, they are trying to render this sad situation visible, to "transform pain into peace for the heart." Thus the Salesian parish of the neighborhood and numerous other social organizations organized a protest march.

"We decided on this march after the last violent death of a neighborhood boy, a few months ago, while we were accompanying the family and reckoning with the pain of this death. We look for ways to transform that pain, to heal and seek peace of heart together. We will also ask for justice, because it is not possible to make progress by denying reality," said Fr Salmerón, parish priest in Ludueña.

The Salesian also said that "on the basis of a count made in talks with people" from 2010 to today there have already been "35 deaths related to cases of violence in the neighborhood, especially of young people: cases of 'facile trigger fingers', others due to the war between gangs for the control of the drug market ... But other states could be added, if we consider situations due to the degradation and the misery."

For Fr Salmerón, violence is exacerbated by the serious economic crisis. "Boys are now used to selling drugs - they are called 'toy soldiers' - because there is no job for them or any other opportunity: they survive with the sale of drugs," he says.

And on the presence of the State, the religious claims: "The State, at its different levels, is present in the neighborhood; but there is such a large necessity of social services, of assistance, of opportunities, for which there is not a sufficient answer ... There are families destroyed, crossed by tragic stories, by violence, that do not make the news." Even if, the Salesian is keen to point out, "Most are good people who work, who in addition to looking after their own homes try to lend a hand, especially to children who need to get out of complicated situations."

In the district of Ludueña, drug use is spreading more and more and the approach to different substances takes place at an increasingly younger age. To deal with the situation Fr Salmerón coordinates, together with other collaborators, the activities of a day center, where they try to accompany 30 young drug addicts.