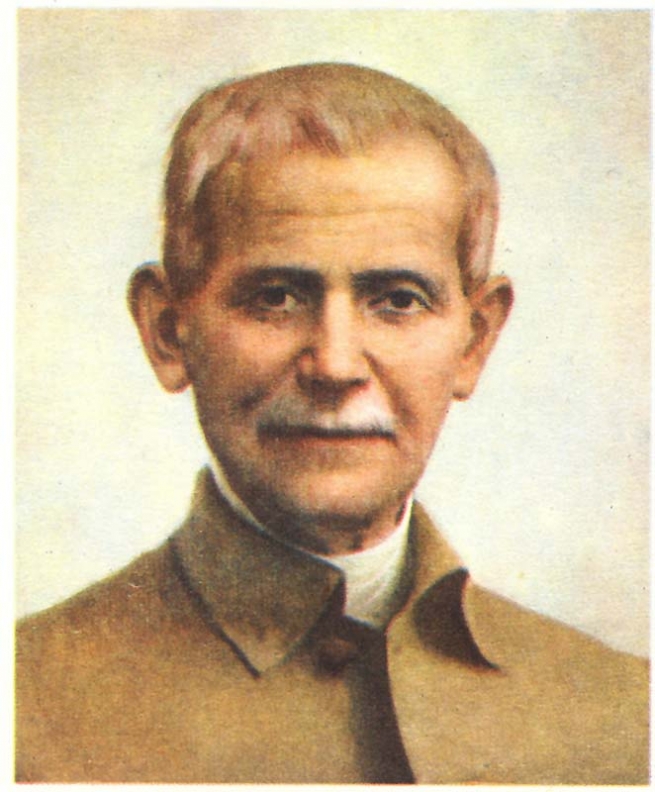 (ANS - Rome) - Tomorrow, Tuesday, November 27th, 75 years shall have passed since the death of Venerable Salesian Brother Simone Srugi. Born and lived in the Holy Land, during his entire life he had set himself to follow Jesus completely, through a life of prayer and service and bearing witness of love for all.

Simone Srugi (15 April 1877 - 27 November 1943) spent the first 11 years of his life in his home town of Nazareth, where the Christological and Marian mysteries of the Incarnation, of adolescence and of the "hidden life" of Jesus impressed a profound mark on his sensitive soul. He also lved in Bethlehem for about 5 years, fraternising with the first Salesians who had arrived in the Holy Land in 1891.

In Bethlehem, he was struck by the humility and poverty of the Child Jesus in the grotto of the Nativity and he became steeped with devotions to the Holy Sacrament and the Sacred Heart much cultivated by the religious of the "Holy Family". The sanctuaries of Jerusalem became a constant source of inspiration towards conforming himself to Jesus crucified and resurrected.

In the 51 years lived in Betgamàl, site of the burial of St. Stephen, all these dimensions reached maturity: the work sanctified by the continuous prayer "in spirit and truth", the educational loving kindness, the kind and gentle humility, the practice of forgiveness and of reconciliation, the simplicity of the "little way" in the daily routines of community life, the compassion for the sick and the poor, at the service of which he spent himself fully, especially as a nurse.

Thus he was well liked by all: Salesians and Daughters of Mary Help of Christians, young people and lay collaborators, poor and sick, Christians and Muslims - even the bandits who infested the area respected him. Years later, the past pupils of the house would remember him as the holiest Salesian and the most influential educator.

In the tragic events that followed between the two world wars, Simone listened to the voice of the Holy Spirit and was able to understand what was the educational, the welfare and religious mission that the Lord entrusted to him.

His interior life had a solid theological and sacramental foundation, resting on the doctrine of St Francis de Sales and of Saint Alphonsus de Liguori, as well as on the teachings of Don Bosco. Along his journey of sanctification, he was sustained by the encouragement of Fr Michele Rua and accompanied by several “teachers of souls” and, thus, reaching the heroism of virtues.

The official recognition came with the decree of venerability signed by Pope John Paul II on April 2, 1993, twenty-five years ago.