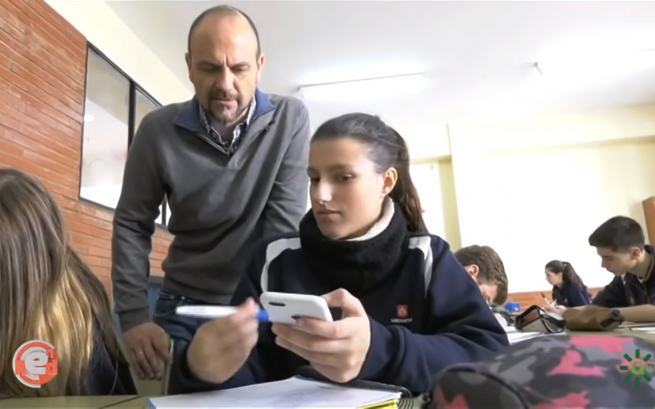 (ANS - Alcalá de Guadaíra) - At present, technologies have evolved exponentially, giving people the possibility of obtaining exceptional results in the fields of construction, medicine, science or space navigation, just to name a few. Programming, as well as the use and management of technologies, is now considered a basic competence of the twenty-first century and betting on it is the thinking behind the pioneering and cutting-edge project of the Salesians of Alcalá de Guadaíra.

The Salesian school of Alcalá has existed for over a century (104 years) and its presence in that locality has left its mark in many areas. One of these, very current, is the sector of Information and Communication Technologies (ICT). And if it is true that they have already been introduced in schools, it is equally true that the further transition to the Technologies of Learning and Knowledge (TAC) is still a pristine field, which can greatly facilitate the students of the Salesian institute.

The "Mi Colegio 2020" project is based on the belief that today we need to focus on the best technological and human tools, which really prepare students for the world that awaits them. And all this means using the TACs as pedagogical tools, to encourage the acquisition of technological skills from an early age.

This project offers, in a transversal way, a quality education, which combines new technologies and robotics, language ​​and new teaching methods, and which improves the student's relationship with the environment that surrounds him or her and focuses on individualized attention.

After the interest shown by some other schools in the province of Seville, as well as by national and local media, the Spanish channel "Canal Sur" also took an interest in the project and sent a camera crew to the school to report and record a news service on the project, a news item then broadcast by the weekly program #EnRed - a program that researches cutting-edge technological experiences throughout the Autonomous Community of Andalusia.

When Information and Communication Technologies and educational methodologies merge together, when technology is adapted to specific pedagogical goals and gives them new value, one can speak of Learning and Knowledge Technologies. And this is the new educational proposal of the Salesian School of Alcalá de Guadaíra, which is expressed in the "Mi Colegio 2020" project.