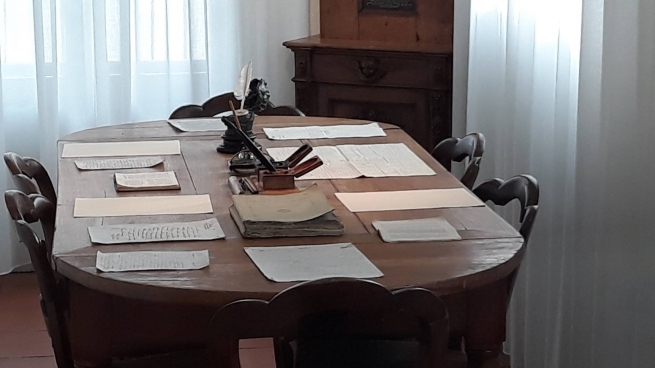 (ANS - Turin) - Starting yesterday, Monday, December 3, the so-called "rooms of Don Bosco" in Turin, that is the rooms in which Saint Giovanni Bosco lived near Valdocco, are closed for restoration. The work shall last at least for the whole of 2019: the intention is to proceed with a complete reorganization of the Pinardi House, in view of the General Chapter 28, to be celebrated in Valdocco from February 16th to April 4th 2020.

Don Bosco himself narrated his move to the site through a brief chronicle: "At that time two rooms were made vacant in the Pinardi house and these were let for my house and my mother's. 'Mother,' I told her one day, 'I should go to live in Valdocco, but because of the people who occupy that house, I cannot take another person but you. She understood the strength of my words and added quickly: 'If you believe this to please the Lord, I am ready to leave this very moment.'" (Memoirs of the Oratory, from 1815 to 1835).

This explains the importance of "Don Bosco's rooms" for the entire Salesian Family: they are where the saint lived. Until 1929, the year of the beatification of the Father and Teacher of Youth, the rooms remained almost intact. Then, in the year of the Jubilee 2000, a reorganization of the complex was carried out, rendering it as it was visible until today, with the addition of explanatory monitors on the lower floor and other details.

Now the whole complex is going to be transformed once again in a project that aims to give back to the pilgrims and visitors of Valdocco the whole area of ​​the Pinardi House, which until now had hosted the provincial offices of the Piedmont-Valle d'Aosta Special Circumscription, who are henceforth transferred to other spaces, always inside the Valdocco complex.

The valorization and recovery of these environments as they once were is a much-wanted project by the Rector Major, Fr Ángel Fernández Artime, and is part of the wider project of protection and promotion of the heritage and patrimony of the "Salesian Places" in Turin-Valdocco and at Colle Don Bosco.