RMG - Appeal of the Rector Major for 150th missionary sending 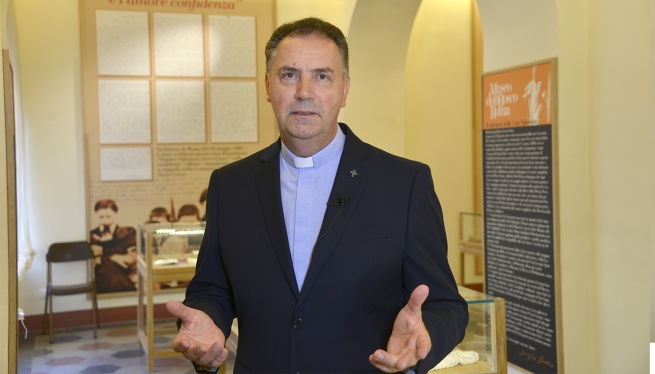 (ANS - Rome) - For some years now, the Rector Major, Fr Ángel Fernández Artime, has chosen the day of December 8, feast of the Immaculate Conception, to make a missionary appeal to the whole Congregation. A missionary appeal that he calls "enthusiastic and courageous".

The new missionary invitation is disclosed at the threshold of 2019, the year in which the 150th missionary mission will be celebrated: 150 expeditions from the first that Don Bosco made.

This year, the missionary appeal will be shared and broadcast in a new form. Tomorrow, for the first time, a video will be published, in which the Rector Major will address all the Provinces of the world, so that they may send confreres to the places where they are most needed.

"I launch this appeal to all the Provinces of the world, because even those who believe themselves poorer may have this gift of having brothers of great generosity," says the Rector Major, addressing the Congregation. Then he adds: "And I invite you not to be afraid". It will therefore be a powerful invitation to missionary generosity and an appeal or summons that fear does not constitute an obstacle.

The video will be available in 5 languages: Italian, English, Spanish, Portuguese and French. It will be published on the ANS website, on sdb.org, on the ANSChannel YouTube channel, and on our Flickr page.