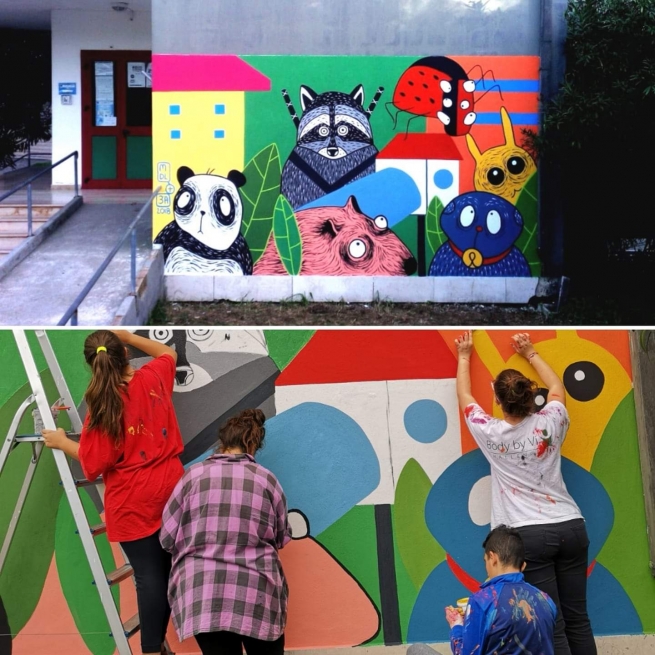 (ANS - Rome) - Over 400 teenagers took part in the project "Urban Re-GenerAction: young ideas in the urban banlieues. Experiences of active and supportive citizenship for / with the new generations." Started in July 2017, and nearing its conclusion, the project has seen the participation of 16 branches of "Salesians for Social - SCS / CNOS Federation", "Youth and Social Tourism" (TGS) and "Cinecircoli Giovanili Socioculturali" (CGS), i.e., socio-cultural youth cineclubs.

Through this project it was possible to experiment the effectiveness of the educational facilities on the territory, which promote forms of active citizenship and practices of social solidarity among the new generations, with a view to preventing youth problems.

During the final seminar of the project, which took place on November 24-25 in Rome, there was the voting of the work all the participants were involved in.

"It was very interesting to listen to these young people and see the videos they made regarding the activities carried out. For the number of centers involved it was possible to have a cross-section of Italy. There were several who requalified portions of the suburbs where they live; the wish or hope is that what has been set in motion and in place may continue with other forms and methods even after the conclusion of the project, in January 2019," said Fr Giovanni d'Andrea, SDB, President of Salesians for Social Affairs.

For their part, the heads of the Salesian day center "Il Faro" of Ancona said: "When we decided to participate in the project, the way of beauty seemed to us the most suitable ... The desire of the kids was to render more beautiful the spaces where we find the families followed by the Social Services of Ancona … They chose to create a design that the parents and the children will watch when they meet, perhaps worried about their emotional distance, perhaps committed to keeping the sadness inside not to show it in that long awaited moment ... A drawing that represents a glimpse of the world, full of colors ... It seems to us that being active citizens has been, for the children of the project, trying to give beauty to those who, for a moment, risk losing it."

"The children and young people involved in the Urban Re-GenerAction project have shown that in every periphery there is a point accessible to the good, from which to start a new history of salvation for each territory," said Fr Carmine Ciavarella, National Delegate for the 'Marginalization – Children At-Risk' sector.