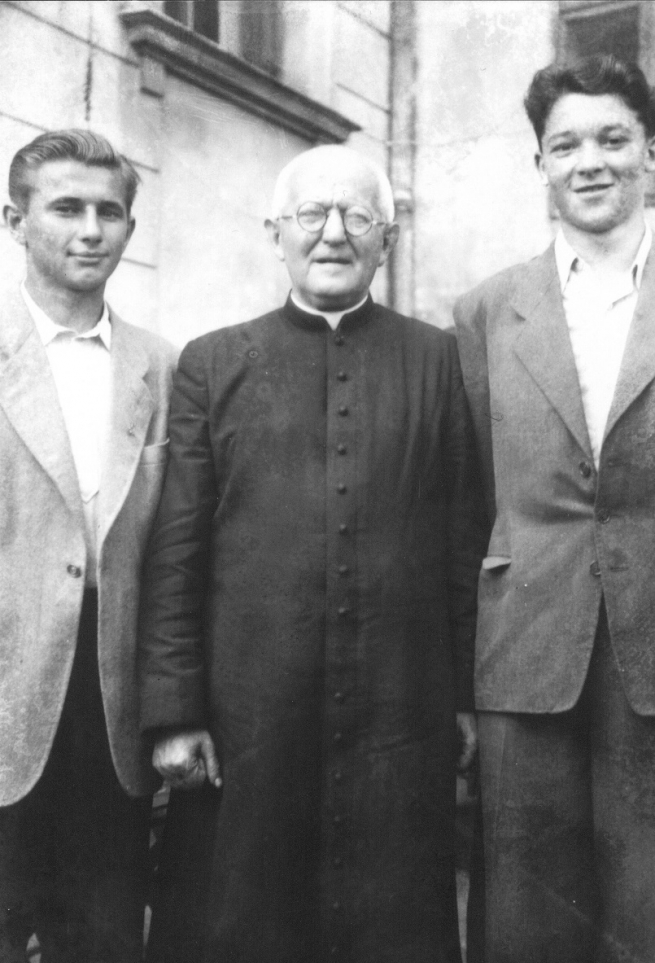 (ANS - Vatican City) - After being officially presented on 20 July, during the visit Rector Major Fr Ángel Fernández Artime made to Cardinal Angelo Amato, Prefect Emeritus of the Congregation for the Causes of Saints, on 11 December, the Consultors examined and gave a unanimous positive opinion about the Positio super Vita, Virtutibus et Fama Sanctitatis of the Servant of God Ignazio Stuchlý, Professed Priest of the Society of St. Francis de Sales. The scientific value and the sufficiency of the documents gathered during the diocesan investigation were ascertained at the Meeting of the Historical Consultors.

The Servant of God Fr Ignác Stuchlý lived in an era (1869-1953) marked by important historical, political and social upheavals. This led him to adapt to contexts that were always new, but also to gather and face promising challenges, in obedience to the Church and at the service of the young.

In this sense - as noted by the documentary and testifical sources - he repeatedly found himself in a position to help the Salesian Society in very concrete ways as well as, more generally, the Church.

This happened both in the years wherein he lived in Gorizia, collaborating with archbishop card. Giacomo Missia and, together with other Salesians, in following the events of the boarding school "San Luigi"; and in Slovenia where he contributed to the start of the local Salesian house and, above all, carrying out the work for the construction of the Shrine of Mary Help of Christians in Rakovnik.

He distinguished himself as founder and pioneer of the Salesian presence in Bohemia and Moravia in response to the concrete need of the local Church. At the time, it had been several bishops to ask, with great insistence, for the presence of the Sons of Don Bosco in their lands.

Research also confirms Fr Stuchlý as standing out as a man of communion, a builder of bridges between nations and groups, a promoter of peace and reconciliation in a context marked by world wars and Nazi and Communist totalitarianism.

The next step in the cause shall be the examination of the Positio super virtutibus by the Theological Consultors of the Congregation for the Causes of Saints.