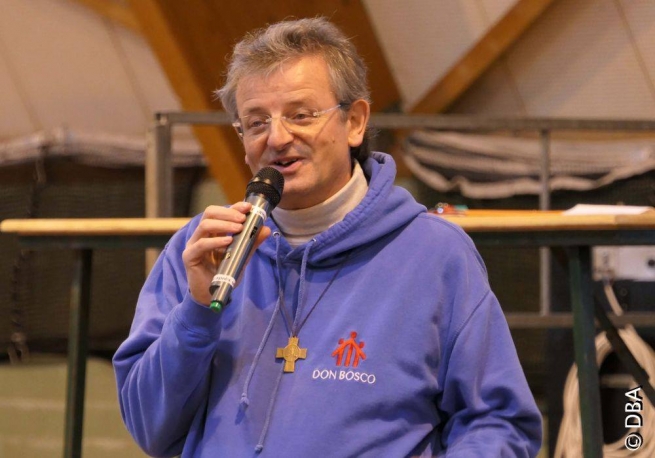 (ANS - Rome) - With the consensus of the General Council, Fr Ángel Fernández Artime, Rector Major, has decided to confirm Fr Daniel Federspiel as Provincial of the "Saint Francis de Sales" Province of France- South Belgium for the six-year period, i.e., 2019-2025.

"The decision was motivated by the results of the Provincial consultation in which the absolute majority of the Salesians indicated Fr Daniel as Provincial. The Rector Major has followed and approved this clear indication of the Salesians in the Province," explained Fr Tadeusz Rozmus, Councilor for the Central and Northern Europe Region.

Fr Daniel Federspiel was born on 22 January, 1960, in Mulhouse, Haut-Rhin, France. He entered the Salesian novitiate of Pouillé in 1981 and made his perpetual vows on September 25, 1988, at Nôtre Dame de Bausset. The priestly ordination took place on 21 April, 1990, in Lyon.

In the years 2005 to 2008 he was at the same time Delegate for Youth Ministry, Missionary Animation and the Vocations of the suppressed French Province.

In the new Province of France-South Belgium he was Delegate for the Salesian Missions, the Vocations, the Prenovitiate and the Novitiates, and he was part of the Provincial Formation Commission.