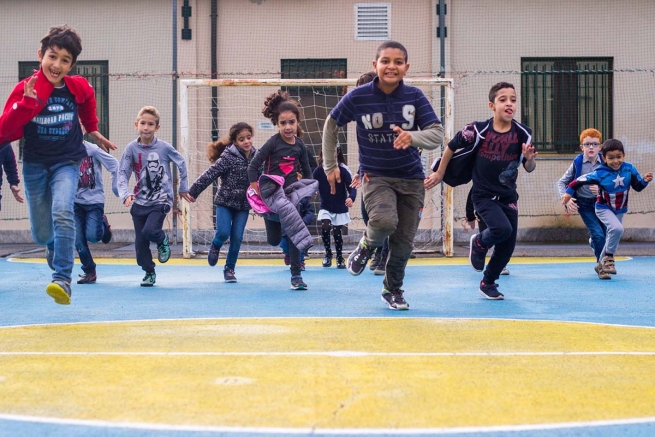 (ANS - Turin) - On December 8, 1918, in a Turin impoverished by the First World War, the "San Paolo" oratory in Turin was born, a place of welcome and education for the needy children and young people of the district of the same name. After 100 years from that day, many things have changed, but not the Salesian oratory's mission, which continues to offer the local population its proximity and accompaniment.

The Salesians arrived in the Borgo, the first working-class burgh of Turin, then on the city's outskirts, in 1918: they settled at the "Cascina Saccarello" at the intersection of the current Corso Racconigi and Via Luserna di Rorà. Since its inauguration, the Salesian courtyard immediately became a point of reference for the families employed in the factories of the area.

"Here at the San Paolo everything revolves around the courtyard, where every day one is witness, in a concrete fashion, to the fact that hospitality and inclusion are always possible, despite the propaganda, which also comes from the State, which sees foreigners as a threat,"  says the current Director of the house, Fr Alberto Lagostina.

In these 100 years "people have changed, who today have many colors, but we continue to welcome them, with the same spirit of Don Bosco, promoting the good that is in them, the resources they have, without distinction, without looking at the poverty and differences, but what can unite us," he adds.

A concrete sign of this welcome is the community for Non-Accompanied Foreign Minors (MSNA) called "Casa che accoglienza" which in fact hosts 12 young people aged between 14 and 17 who have come to Italy on the so-called boats of hope.

"The kids are perfectly integrated," explains the Director, "they are our children, whom the whole community takes care of." In the pipeline, the oratory has a project to develop the hospitality or reception of the numerous out-of-town university students who live in the neighborhood, given the presence of the "Campus Sanpaolo. "It is also important to invest the center on educational projects, prevention of school drop-out - with the project "Play (try) it again, Sam", for example - and of orientation to work and to reception, which aim to protect in particular those are more fragile according to the famous preventive method of Don Bosco."

The San Paolo courtyard is open every afternoon and promotes the life in and of associations and youthful protagonism, thanks to the Scouts groups and sports activities.