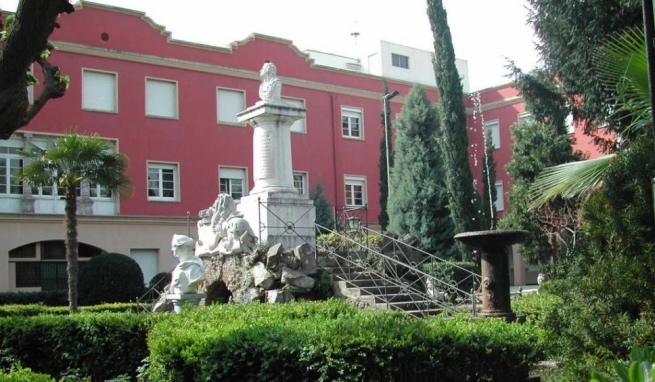 (ANS - Barcelona) - About one million acknowledged refugees live in the European Union. They represent 7% of the global total and represent 0.2% of the population of the 28 member countries of the EU. According to data from the Immigrant, Emigrants and Refugees Service of the Barcelona Municipal Council (SAIER), in 2017, the Catalan capital welcomed 4,405 refugees. Many of them have lived or still live in spaces granted by the Church. The "Martí-Codolar" Salesian Residence is one of those sites where refugees and migrants have been welcomed as places of first arrival for the last two years.

The great migration crisis of 2016 summoned the Church to provide buildings and spaces of religious communities, even though these places were not entirely adequate to host actions and programs.

The Salesian Congregation considered it appropriate to offer the "Martí-Codolar" residence to welcome the refugees who arrived in the city. Specifically, two floors of the residence were ceded, where young and whole families live and are welcomed.

"At first, the agreement was signed with the travel agency Snow Travel and, subsequently, with the Red Cross," explained Joan Codina, SDB, superior of the Martí-Codolar community.

In addition to ceding the spaces mentioned, the Salesian Congregation also made some improvements, necessary for well hosting these people, such as the installation of a laundrette.

In addition to the spaces, the Salesians - together with volunteers - make their time available. Fr Codina states that these works are done without any act of heroism, but are simply part of being Salesians. "As Salesians," he said,  "we are called to work with young people and children. We could not refuse; on the contrary, we consider it absolutely necessary."

Most of the people who arrive at the Martí-Codolar residence are children with their families. Then, of course, there are also young people who arrive alone. The people who live there change continuously because, in fact, it is an emergency center. It can be called "center of first arrival", in the sense that the refugees, from here, are then moved to other places, depending on the different needs of people.