Sierra Leone – Lamín, the young man who is ashamed of his scars, but wants to become a saint 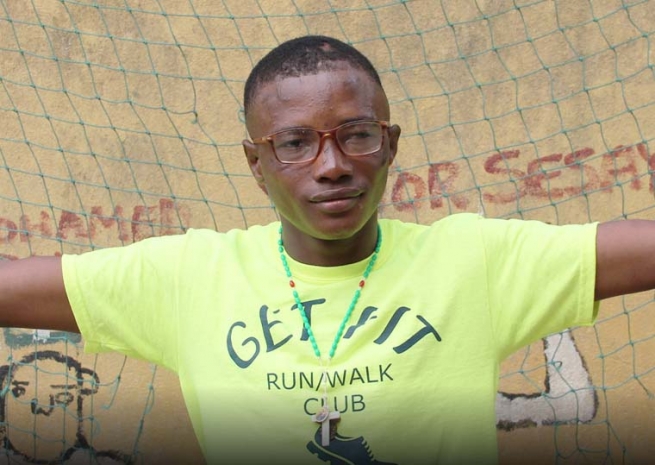 (ANS – Freetown) – Lamín is a 21 year-old youth who lives at the Salesian house and NGO known as “Don Bosco Fambul”, which takes in so many street kids who can begin a new life in a familiar and loving setting. One day he came into the Rector’s office and, quite upset, came straight to the point: he was worried about the scars on his scalp, arms, his tattoos. They constantly reminded him and people around him of his shameful and ignominious past.

Having lost both his parents, Lamín lived on the streets of Freetown, the capital of Sierra Leone, since a young child, learning to survive by using his wits and strength, first begging then stealing. He experienced everything during that time: alcohol, marijuana, cocaine and sex with prostitutes. He spent two years in Pademba prison and when he came out he approached Don Bosco Fambul asking for help. However, “the street” was stronger and he relapsed.

Since it was his second time, when they arrested him he was “marked”, as is the custom in Sierra Leone. Thanks be to God they did not break his arms or fingers, but he was cut with a machete on his head, arms, and so he would limp for the rest of his life, they cut his Achille’s tendon.

The scars were meant to label him for the rest of his life: “Captured thief”.  Lamín had reached rock bottom and was aware of it; so, once he did recognise it, he began his journey of recovery, rehabilitation and healing.

The Rector of Don Bosco Fambul told him that his glory lay in those scars and that he should not be ashamed of them. He ought not hide them. “They show, together with your ability for rehabilitation, that there are always second opportunities in life and it does not matter how low you have fallen.”

His life is an example of how to overcome limits: he is finishing secondary school and would like to study social work so he can help street kids in the future. “I would like to become a saint!” he says today. His determination has surprised even Fr Jorge Crisafulli, the Rector of Don Bosco Fambul: his ideal have finally enlightened his past filled with suffering and his life has taken a new direction and new meaning.

When a journalist asked Nelson Mandela if he thought himself to be a contemporary saint, he replied: “If a saint is a sinner who keeps trying, who never throws in the sponge, then yes, I am a saint.” Lamín keeps trying!