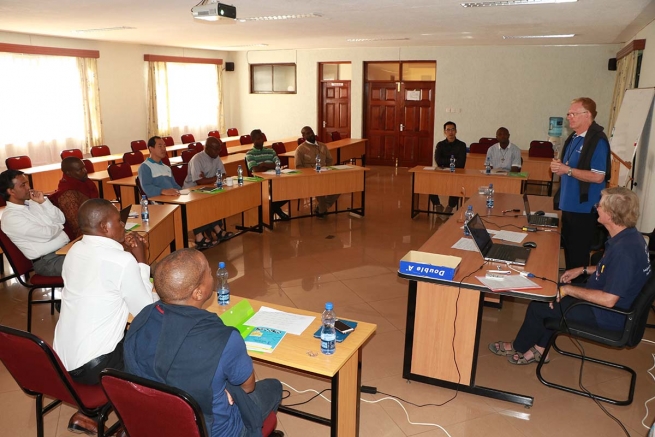 (ANS – Nairobi) – After a time of preparation, the Salesian Formation Centre for Africa & Madagascar (SAFCAM) has begun its activities. The first workshops are now being offered in January 2019: for the first time there is a workshop for Rectors in English and another one in French.

The SAFCAM vision goes back to the explicit mandate given by the 27th General Chapter to assist Salesians to become mystics in the Spirit, prophets of fraternity and servants of the young.

SAFCAM promotes the Lifelong Formation of all who share the spirit and mission of Don Bosco in the context of the opportunities and challenges of the Church and society in Africa and Madagascar. Such formation involves the deepening of the Salesian charismatic identity and the promotion of communion among the different vocations in the mission.

SAFCAM is located at DBYES (Don Bosco Youth Educational Services) in Nairobi.  Two confreres have been appointed by the Rector Major: Camiel Swertvagher and François Dufour.

After these first meetings, other conferences, courses or workshops will be organised in the coming months for other groups of confreres, members of the Salesian Family and lay partners.

“It’s a joy for the team, for the Region of Africa and Madagascar and for the Congregation to see that the dream becomes reality!” Fr Augustine Sellam, Vice Provincial of the East Africa Province, said.