Great Britain – From the street to “Don Bosco Ashalayam” and finally, Bollywood 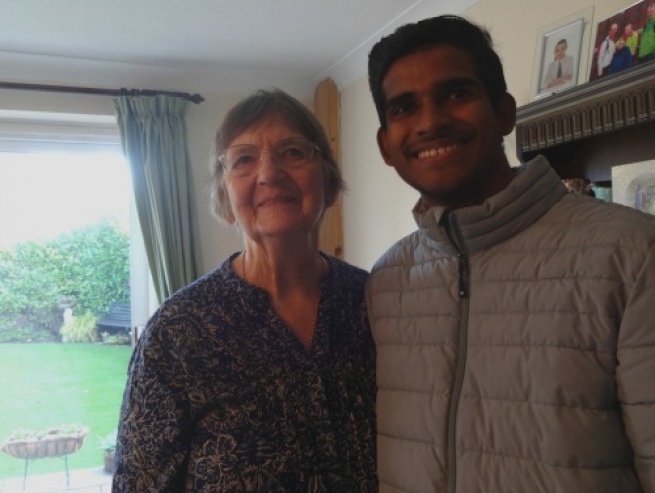 (ANS – London) – Rajdeep, an Indian boy who spent many years at the “Don Bosco Ashalayam” Salesian centre for youth at risk in Kolkata, left there last year to join a rugby school. Recently, he was selected by a Bollywood film director to play a role in “Jungle Cry”, a film based on the true story of the Indian Under 14 rugby team known as the “Jungle Crows” who won the London-based international school Rugby tournament, “Touraid” in 2007. Rajdeep is among 13 boys chosen from among more than 500 aspiring film actors.

The “Jungle Crows” club was made up of tribal boys trained by Indian coach Rudraksha Jena, from the “Kalinga” Institute of Social Sciences (played by Abhay Deol in the film, one of the greatest Bollywood stars), and by Paul Walsh OBE, a British diplomat who gave up his carrier to teach rugby to disadvantaged minors.

Rajdeep came to Great Britain in December 2018, more precisely to Wales, to do the shooting in three different rugby stadiums. On this occasion he explained that his stay at “Don Bosco Ashalayam” had helped him so much in public speaking – something that was obviously a decisive factor in his selection – and he was very grateful to the Salesians in Kolkata for this.

The young rugby player and actor also told how he and his two brothers and been rescued by a Salesian, Fr Mathew, at the Howrah railway station. In fact, although their father was still alive, he had been unable to maintain and educate them, and had it not been for the Salesians they would have spent their lives on the street.

Shortly before returning to India it was also possible for Rajdeep, together with another boy who had stayed at “Don Bosco Ashalayam”, to meet the British woman who had funded their education through an overseas program during their time at the home for youth at risk in Kolkata.

“It was a wonderful encounter and a dream come true for Rajdeep”, said Fr Andrew Ebrahim. On their return to the hotel, Fr Ebrahim, who had coordinated all the movements, also succeeded in bringing the two boys to the Salesian community at Chertsey, and both of them were very happy to get to know and be able to personally thank people involved for years in helping youngsters like them to be able to be given attention and opportunities.

The film director is a Salesian past pupil from Mumbai who hopes to return to London in May for the film’s preview.