Guatemala – Iván, a humble young man whose life was changed by “Deportivo Don Bosco” in Petén 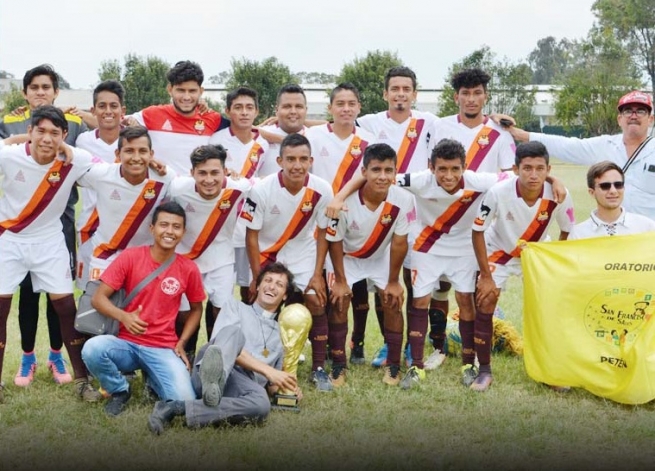 (ANS – San Benito Petén) – There is a mixture of stories relating to very many children, adolescents, older youth from difficult circumstances who attend the Salesian oratory in San Benito Petén. But there are also signs of hope, thanks to the Salesian presence. In this area, says Fr Giampiero De Nardi, a Salesian missionary, “poverty impinges on life every day and it is only through education that we will be able to change things.” And in order to change things, a football team was founded some time ago at: “Deportivo Don Bosco” or “Don Bosco Sports”.

“Deportivo Don Bosco” is a football team at the San Benito parish, in the Guatemalan area known as Petén where the Salesians continue their traditional Salesian involvement in the oratory with young people at risk from neighbouring districts, trying to keep them away from risky activities and, at the same time, involve them in things that can change their future.

The Salesians took on the Parish of San Benito in 2012  and from that time, Fr de Nardi has been responsible for this vast, poor community. The Deportivo Don Bosco Club was founded in February 2016, and it allows many young men to begin their Christian journey through sport. For some footballers, belonging to a team is a source of work to support their families, thanks to the quality of the sport and the interest other clubs show in the young men.

A young man came to Fr de Nardi one day: “Here is one of the best footballers we have in Petén. His name is Nelso Iván García”. Iván was a humble young man, and kept his eyes cast down, but all it needed was two minutes on the field to show that he had a great future as a footballer.

He joined Deportivo Don Bosco and became a pillar of the team. It was one of his cousins who in fact convinced the missionary to enrol him in the third division of the Guatemalan championship, explaining that there are many boys whose lives would change if they had the possibility of success.

After Iván played for Petén for a season, many teams in other divisions had their eye on him. But Iván has not lost his humility, although he has already debuted in the first division and has already represented his country in the Guatemalan Under 20s.

Ivan always says with pride: “I belong to Deportivo Don Bosco”. Now his life has changed for the better and surely other young men from Petén, looking at his example, can change their lives.