RMG – The Rector Major’s “goodnight”: “We are convinced that our mission is to be with the most needy young people” 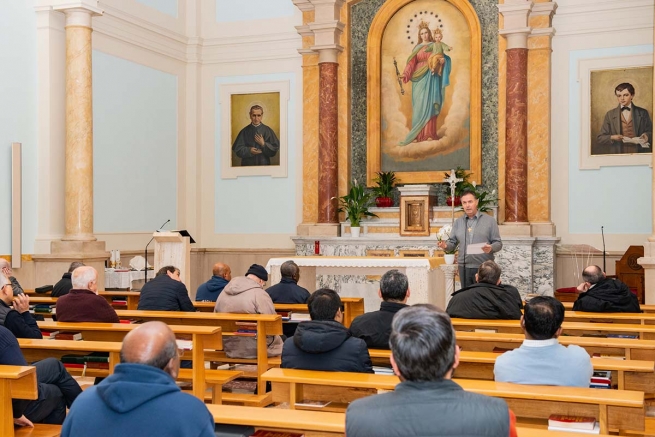 (ANS – Rome) – “As is customary, I have the opportunity to give you a ‘good night’, for two reasons: to tell you about the work of the Winter Plenary Session of the General Council, and to thank you for the work that you do for the good of the Salesian Congregation around the world.” These were Fr Ángel Fernández Artime’s words as Rector Major on the evening of 17 January at the conclusion of the General Council’s work.

The Rector Major also said that “at the moment we do not know exactly how many we are in the Salesian Congregation because many young people are making their religious profession in the coming months, but we can say that we are a Congregation increasing in numbers. At the moment there are 14,489 SDBs, and I can state” the Rector Major continued  “that ours is the Congregation with the largest number of novices.”

“One of the topics that gives us great hope is the numbers” the Rector Major concluded. On 31 December 2018 there were 2,060 newly professed, and this is reason for hope. We need to thank God for this gift. We are convinced that our mission is to be with the most needy young people, and we need to be very attentive to houses of formation and formators. This can make the difference in the coming six years in order to continue growth in vocations, while still guaranteeing the ongoing formation of every Salesian.”