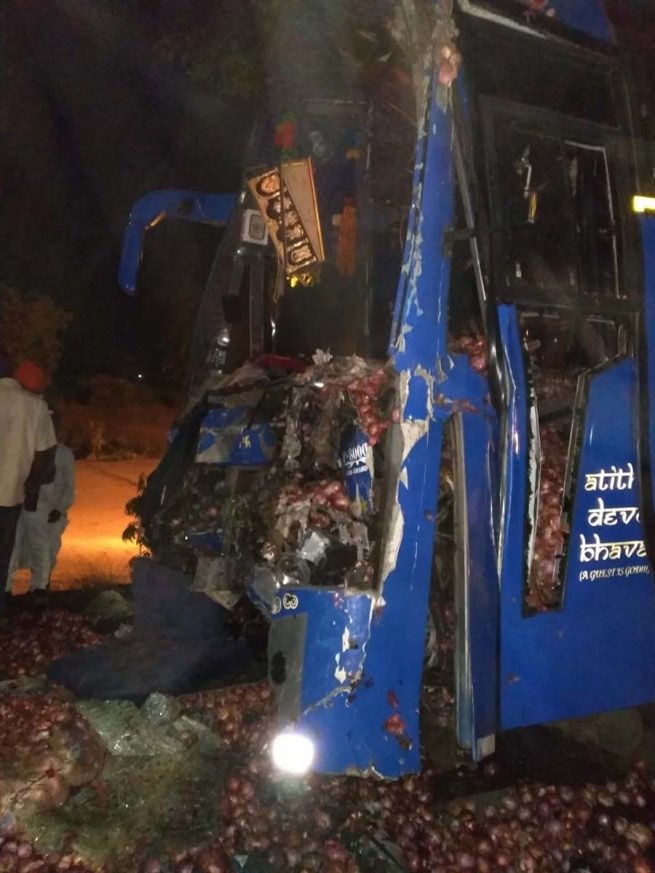 (ANS – Ahmednagar) – Yesterday, Thursday, 17 January 2019, Fr James Tuscano, four staff and 44 students of DB Savedi, Ahmednagar, were returning from Vasai by bus. Around 7 pm, the bus met with an accident and rammed into a pick-up vehicle. Mr Arun Jadhav, a senior teacher of the School, the driver of the pick-up and the cleaner of the bus have died.

Last night, one staff and 32 students returned to Ahmednagar. Fr Tuscano, two staff members, and 12 students had some injuries; they were taken to close-by hospitals for treatment and observation. This morning, they, too, are returning to Ahmednagar.

“We pray for the repose of the deceased, and for the complete recovery of the injured” has said Fr Vinod Mascarenhas, SDB, Provincial Secretary on India-Mumbai province (INB).