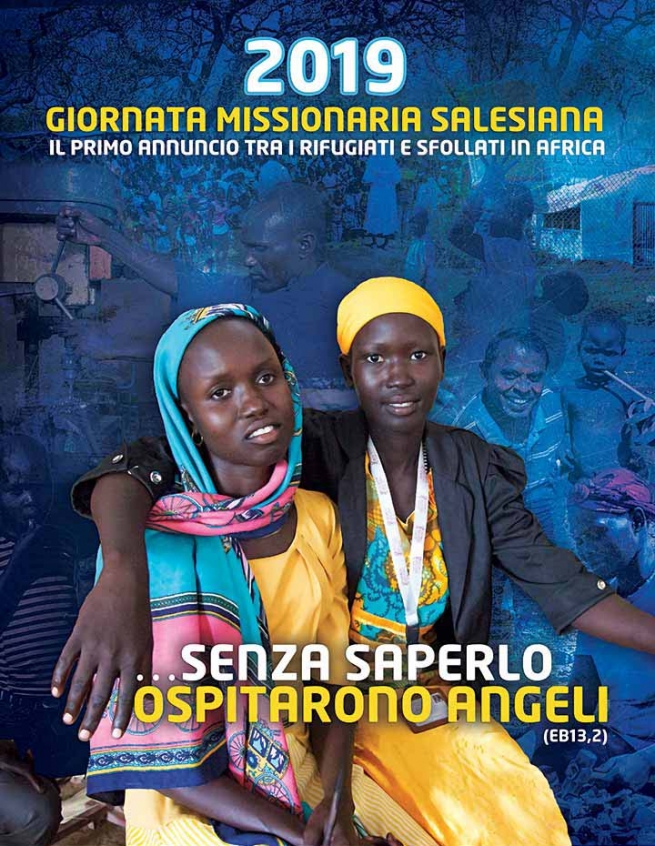 (ANS - Rome) - 2019 marks the centenary of the promulgation of the Apostolic Letter "Maximum illud", with which Pope Benedict XV sought to give new impetus to the missionary task of proclaiming the Gospel. This is why Pope Francis has called the "Extraordinary Missionary Month" this coming October. In this perspective, the traditional Salesian Mission Day (SMD) 2019 takes on a particular meaning.

The Apostolic Letter Maximum Illud called for transcending national boundaries and bearing witness, with prophetic spirit and evangelical boldness, to God’s saving will through the Church’s universal mission. May the approaching centenary of that Letter serve as an incentive to combat the recurring temptation lurking beneath every form of ecclesial introversion, self-referential retreat into comfort zones, pastoral pessimism and sterile nostalgia for the past. Instead, may we be open to the joyful newness of the Gospel," Pope Francis wrote in announcing the proclamation of the extraordinary missionary month.

The official website of the Extraordinary Missionary Month is available on the web: http://www.october2019.va/it.html.

Meanwhile, the Sector for Salesian Missions has already broadcast the motto of the Salesian Missionary Day 2019, officially launched on the day of the Epiphany: "Without knowing it, they have welcomed angels" (Hebrews 13: 2).

Like every year, the SMD explores a specific theme, in a given continental reality. This year the choice fell on the "First Announcement among refugees and displaced persons in Africa".

Along with the motto, the first resources for the animation of the SMD are already being shared. The poster and the card with the prayer are on their way to the provinces around he globe and in February more material for animation and videos will be available in the six most spoken languages in the Congregation.

The poster presents two girls, where one welcomes the other. It is a symbol of the value of African hospitality, Africa that welcomes Africa. "The greatest migration of our time is the intra-African one, where millions of people are forced to travel," the Missions Sector explains.

In the background one can see the realities of refugee camps and settlements; pastoral and educational activities, especially in vocational training; and the Salesians who are present with refugees and displaced persons, sharing their lives.

"The theme focuses our attention on the challenge of this frontier full of young people, who await the friendship of Salesians, their oratories, schools, vocational training ... and the Good News of Jesus. But the theme," says the Sector for Salesian Missions, "is also an opportunity to live and promote the evangelical virtue of hospitality, that capacity to welcome, to open our homes, our hands, our hearts to others, especially those who find themselves most in need. In doing so, we welcome angels, the same Lord."