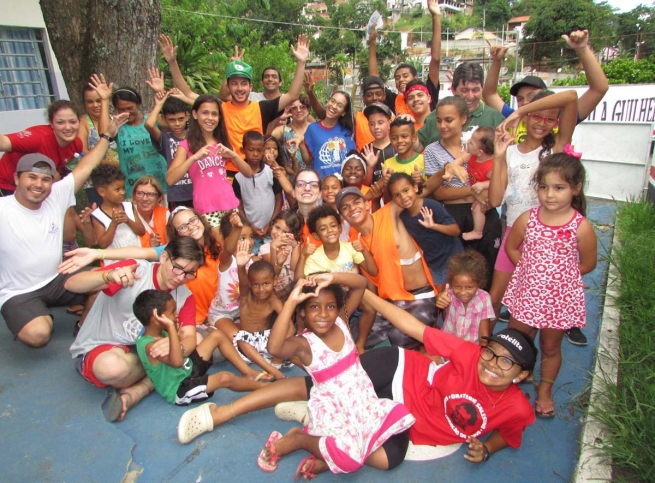 (ANS - São Paulo) - From 6 to 13 January, as was tradition among the young people in Salesian circles, another edition of "Missionary Action" took place, a project carried out by the Youth Ministry of the "Mary Help of Christians" Province of Brazil - São Paulo  (BSP) through the Missionary Animation Service.

Missionary Action always takes place in January, because it is a month of holidays for young people, and is led by young people of the "Missionary Action Groups" (GAM) of Salesian houses scattered throughout the State of São Paulo. During the week, young people interact with the community by reciting the luminous rosary, participating in the celebrations, making visits and blessings to the houses and also organizing workshops for children, young people and adults.

The fulfillment of a missionary project like this also affects the life of the parishes that welcome it. It gives courage to the pastoral workers, brings people close together, brings the parish into contact with people and families who until then had not attended the parish community, and offers strong moments of fraternity and spirituality.

"It is foolish for strangers to see you leave the comfort of your home to go to an unknown place to speak of Jesus. But, as St. Paul says in the First Letter to the Corinthians: The word of the Cross is in fact folly for those who go into perdition, but to us who are being saved, it is the power of God," says the missionary Mariana Borges Rezende, 22, of the GAM of Sorocaba.

Because of the similarity, Missionary Action is sometimes confused with the Mission Week, which is held in July. The proposals are similar, but the young people taking part in the January event are already more mature in their faith by participating in the GAM and their local communities. In July, the Missionary Week allows, in many cases, young people in social works and schools to have their first contact with a missionary project that leads them to go to others.

In both cases, these are worthy projects that do good for both those who work as missionaries, and for the communities that receive them.