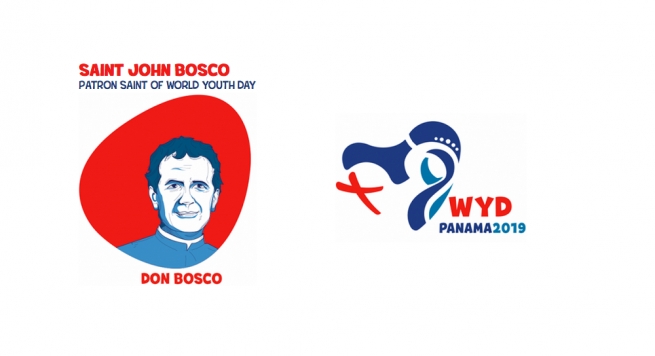 (ANS - Panama City) - "We Are Don Bosco": this is the motto, translated into various languages, that the Salesian Missionary Offices of the whole world launch on the occasion of the WYD of Panama2019 and in view of the Feast of the Saint of Youth scheduled for January 31st. The thousands of pilgrims from the Salesian areas who have gathered these days in Panama are therefore invited to bear witness to their Salesianity by spreading the message: #WeAreDonBosco.

There are several reasons that led to this initiative. First of all, the peculiarity of this January, already in itself the "Salesian month", but this year there is also the WYD, which takes place in a country that loves Don Bosco viscerally.

Then there is the desire for collaboration and unity among the various Salesian Missionary Offices, which is also expressed through messages and common communication projects.

And then there is the reality of the young people of the Salesian Youth Movement (SYM) at the WYD. Every WYD, in fact, sees the SYM at the forefront, and when it comes to youth spirituality, joy, solidarity and sharing, always stands at center stage and is, moreover, a model of the worldwide network among the young faithful.

At WYD it is easy to note the Salesian specificity: the welcome that precedes and accompanies the pilgrims, the formative and spiritual journey that accompanies the official appointments of the "Day", the joy of those who live similar experiences that take place at a distance of a continent away, the hymns to Don Bosco in the different languages and in the different musical styles, the conspicuous numbers of groups, and more.

The proposal to young people is now simple: to those in Panama, do share your photos and posts using the hashtags#WeAreDonBosco and #IAmSalesian, in addition to the others suggested by the WYD. Thus, the ideal link will be made to all those who belong to the Salesian world. Indeed, this will also allow those who could not go to Panama to feel part of the celebrations.

With "We Are Don Bosco" we want to spread the message that Don Bosco is still alive today: in the 30,000 religious men and women serving the most needy young people, following his model and his style; in the 3 million people who have gone through Salesian training programs; in the 5,500 Salesian schools in the world, in the 330 shelters for young people in difficulty, in the 1,100 vocational training centers …

Further information is available at www.missionidonbosco.org and at http://salesianmissions.org/wyd. From the latter, it is possible to download, in English and Spanish, a specific prayer for the young people of WYD to request the intercession of Don Bosco.