Venezuela - The country's Bishops: "It is urgent to listen to the popular cry for change" 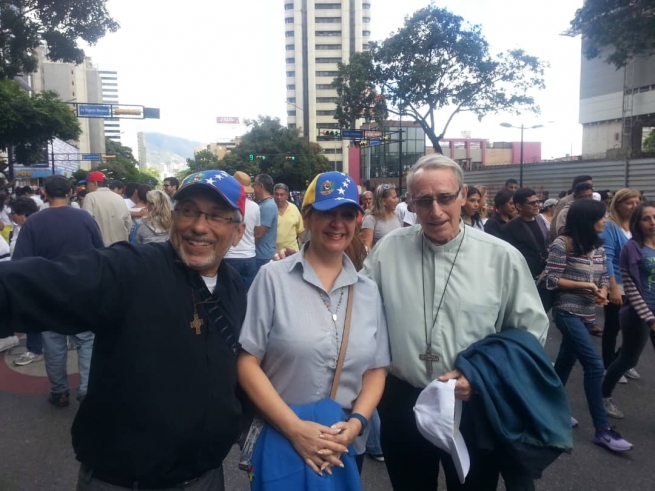 (ANS - Caracas) - While the world is watching with attention and concern at the events taking place in Venezuela, the Holy Father from Panama shows his closeness to the population and "prays for the victims and for all Venezuelans." The Venezuelan situation is dramatic: deaths, injuries, arrests, people forced to take refuge in churches. Above all, a divided country and a country that has further divided the whole world. The bishops of Venezuela have expressed with courage, audacity and truth that the people "live in a dramatic and extremely serious situation due to the deterioration of respect for their rights."

"January 23, 1958 is a historical date for all Venezuelans, an inspiring sign of the triumph of social rationality in the face of the abuse of power, of the unity of the weak people before the dismantling of a regime of abuse, corruption and repression that hid all the evils that an authoritarian government can have". This is how the message of the Episcopal Conference of Venezuela (CEV) begins on the occasion of the national holiday commemorating the January 23 of 61 years ago, when the people's revolt ended the dictatorship of Perez Jiménez and marked the return of democracy to the country.

"Faced with this reality that we have described as a national tragedy, people are asking for a change that includes a period of transition to elect new national authorities. Therefore, it is urgent to listen to the popular cry of change" the Bishops say.

The statement continues to describe the nation's current plight: “The marches organized for this 23 January, throughout the national territory, are a sign of hope, something new that is starting to be generated in our country. We Venezuelans cannot be mere spectators of what happens in the country”.

In the end, the Bishops call for reflection and prayer: “January 23 must also be a day of reflection and prayer. We are believers and devoted people. We ask the Blessed Virgin of Coromoto, patron of Venezuela, to take care of every Venezuelan, of families, in their search for well-being and freedom”.

The message, dated January 22nd, is undersigned by Msgr. José Luis Azuaje Ayala, Archbishop of Maracaibo and President of the CEV, together with the Bishops of the Presidency.

At the moment, the opposition has become more cohesive and revitalized around the figure of the president of parliament, Juan Guaidó.