Panama - Rector Major's message to the young: "Be missionary apostles for other young people in the world" 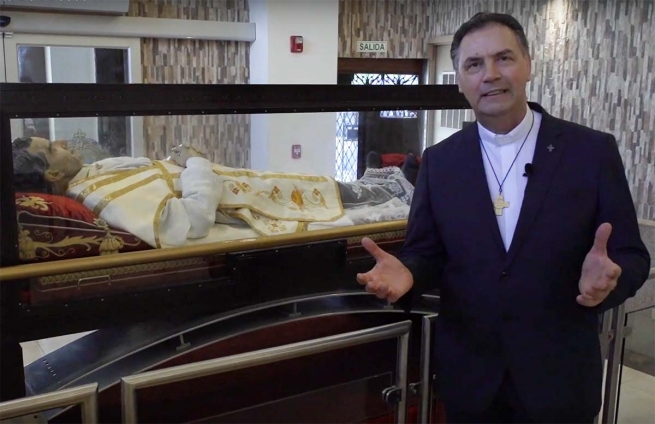 (ANS - Panama City) - The traditional greeting of the Rector Major to the young on the occasion of the feast of Don Bosco arrives this year from Panama, where Fr Ángel Fernández Artime has remained even after World Youth Day, to celebrate the Saint of the Young in a country much devoted to Don Bosco.

The Rector Major speaks surrounded by the boys and girls of the Salesian Youth Movement, in several sites symbolic of the Salesian presence in the City of Panama: the Basilica of Don Bosco which houses the urn and the relic of Don Bosco and the exact replica of "I Becchi ", the birthplace of the Saint of Youth.

The Rector Major recalls the dream of the nine-year old John Bosco, a dream which marked his whole life, so that each young person may be convinced that it is never too early to decide to become a missionary apostle to other young people.

As Successor of Don Bosco, Fr Á.F. Artime then summons a challenge to young people: "I want to invite you to make a beautiful journey of youth, of youthful dreams, of Christian life, fidelity to Jesus and sainthood, ultimately a simple and forthcoming life."

The full video of the Rector Major's message to young people is available in six languages on ANSChannel at youtube.