RMG - "At service of most vulnerable and at risk young people": Salesian Consulta on marginalization and young people at risk 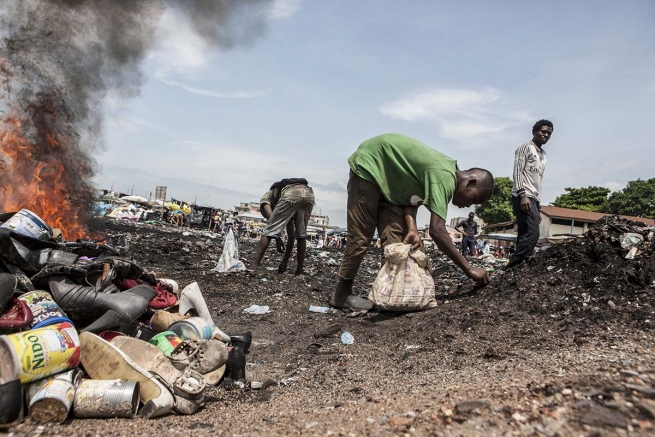 (ANS - Rome) - The Department for Youth Ministry, following the indications of the Rector Major and his Council contained in the "Plan of animation and government for the six-year period 2014-2020", and according to the guidelines offered by General Chapter 27, called the "World Consultation on marginalization and young people at risk", which will take place from 27 to 31 March 2019 at the Salesian Headquarters of the "Sacro Cuore", in Rome.

Participating in the event are 30 Salesians and lay people, sector experts and regional, national or provincial coordinators of the Salesian Social Centers and Services of Africa (ACC, AFE, AFW), America (BSP, COM, MEG, URU), Asia and Oceania ( FIN, KOR, INK, INM, INM, INM) and Europe (BEN, FRB, GER, GER, SLK, together with the "Salesians for Social" team of Italy and the "PESS" of Spain). The Dicastery for the Missions will also be represented, with one member, as will the Youth Ministry Department, through its team, the secretary of the "Don Bosco International" (DBI) and the representative at the United Nations.

The goal of the Consulta, the Salesian World Consultive Body or Commitee, is, first of all, to know and share the challenges of the Congregation in relation to the Salesian Works and Social Services and the attention to the most vulnerable and at risk young people, analyze the answers to the challenges (processes, ways, options , structures) in the work with aforesaid youths, their families and the same poor environments, thinking of the processes to be activated to respond prophetically to the Salesian mission of today and tomorrow.

Secondly, this World Council has a second specific challenge: that of reflecting and deepening the Salesian Mission in relation to the Salesian Social Works and Services for the most vulnerable young people and their families in the light of the Framework for Salesian Youth Ministry, of the Synod of Bishops on "Young People, Faith and Vocational Discernment", and of the next General Chapter 28 (GC28).

A third aspect is that of learning, sharing and reflecting together, in a joint fashion, to take on a global perspective of Salesian services and thus offer a message of hope to the Congregation in view of the GC28, which will push the whole Congregation to place, with greater charismatic impulse, the young most in need and at risk at the center of the Salesian mission.

As a result of this World Council, preparations for a "World Symposium" to be held in 2021 are foreseen, which will strengthen the commitment, identity, processes and synergies of the Congregation in the Salesian Social Services and Work for young people at risk, as the social dimension of the charism in their different contexts.

The "World Consultation on the marginalization of young people at risk" is part of a process of coordination and accompaniment at the world level of the Youth Ministry Department for the teams of the Congregation who are active in the sector of Works and Services for young people at risk.