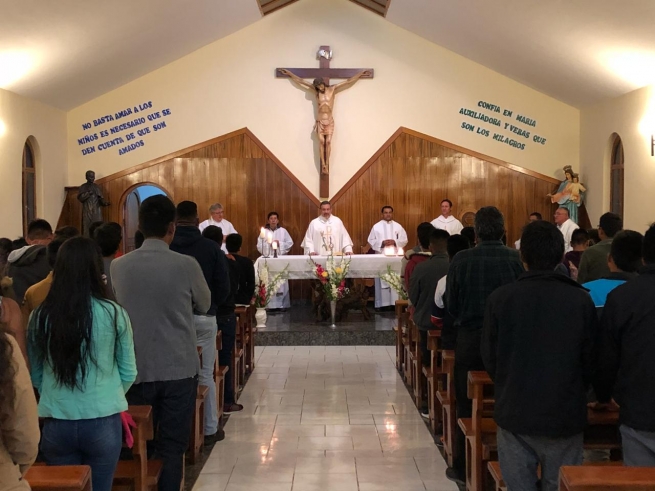 (ANS - Calca) - Peru is a young country, where the local population, according to data from the National Institute of Statistics and IT, is composed by 30% of children and 14% of teenagers. And although the International Labor Organization (ILO) has recently announced that child labor in Latin America and the Caribbean has halved in the last eight years, there is still little to celebrate in Peru. Why? Because, despite a slow decrease, there is still 21.8% of working children and adolescents. The worst thing is that with these figures Peru is at the top of the list of South American countries for the rate of child labor.

Aware of this situation, the Salesians continue to bet on the "Don Bosco Houses", places where to give shelter to hopes and the future.

According to a study by Mariana Benavente for her book Los niños de la calle (Street children), "86% of children living in total or partial abandonment of the street believe they can have a good future." And it is a truth that only the Salesians who work with street children know. "Children and young people need us, to speak, to dialogue, to be heard and accompanied," said Fr José Valdivia, Provincial Delegate for the "Red de Casas Don Bosco".

The "Red de Casas Don Bosco" has become in recent years a proposal and a concrete center for saving young people from the streets. The 12th Meeting of the Network (Calca, 3-11 February) is currently underway, involving 139 people.

Girls and boys, children and teenagers, with their respective teams of educators, arrived in Calca, in the Cusco region, from 11 centers of the Network. The topics dealt with are: "Young people: formative activities to strengthen their personality" and " Educators: facing the challenges of their formative work with the recipients."

Being a child or adolescent is a stage in life that deserves special attention; this is why the "Red de Casas Don Bosco" of Peru continues its commitment to educating by offering proposals for the future.