Venezuela - "Today, the Venezuelan does not live, he survives": Salesian works of Venezuela continue to bet on justice and peace 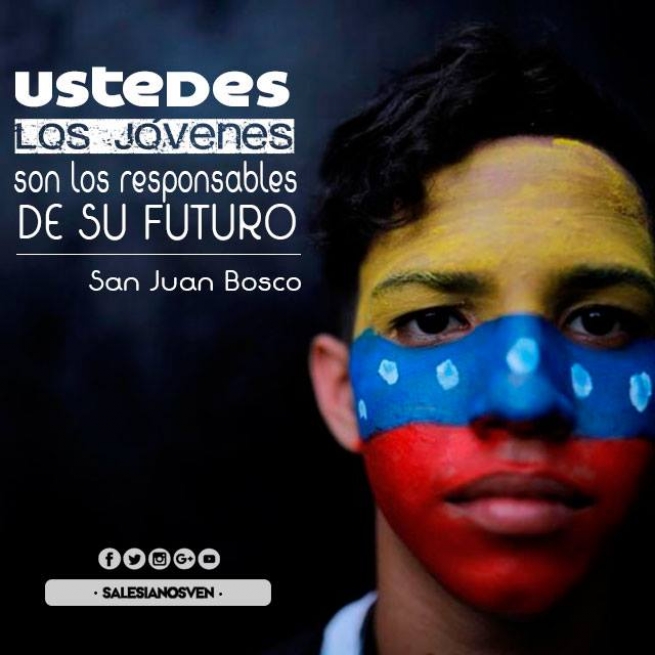 (ANS - Caracas) - Yesterday, February 11, the Holy See welcomed the delegation of the self-proclaimed interim President of Venezuela, Juan Guaidó, and insistently asked for a "just and peaceful" solution for Venezuela, "avoiding bloodshed", said Msgr. Edgar Peña Parra, Substitute for General Affairs of the Vatican Secretariat of State after the meeting with Guaidó's delegation.

The situation in Venezuela is very difficult. As the Venezuelan journalists M. Castro and J. Lafuente have well described, "the needs, which include hunger, lack of water and continuous power cuts ... impose themselves on politics in this devastated Venezuela. Today, the Venezuelan does not live, he survives."

Another journalist, Federica Bello, for La Voce e il Tempo, through "Missioni Don Bosco", contacted Fr Rafael Andrés Borges in Caracas. His voice testifies to the grave nature of the situation, but also hope and confidence in a recovery.

From a parish in Caracas, which has just celebrated the feast of Don Bosco, he says: "Venezuela is going through a very painful phase ... Weighing upon it are twenty years of social defeat caused by both a serious political confusion, with a very fragile practice of democracy and from a serious moral weakening. These elements constitute fertile ground, negative, due to the increase of some viruses in Venezuelan social life. First, a generalized discouragement that now dominates in the citizen's conscience. The Venezuelan, who is cheerful and enthusiastic about culture, has become a sad, fearful and suspicious person, without dreams. Anarchy is another of the 'diseases' that has struck us: for the moment there are two cases of governability, that provided by the Constitution of the country and the one that seeks to impose itself by a usurping regime. The current situation transmits dangerous patterns of behavior: as if the lack of respect was the practice to be followed throughout. Anarchy dresses itself in arrogance and violence. Everything goes hand in hand with corruption as the modus operandi in all areas of national life."

"In this difficult social, political and economic context," continues Fr Borges, "the Salesian Family of Venezuela has faced the challenge of celebrating well the holiness of Don Bosco, despite the limitations of economic and social security: a sign that all the Salesian works of this Venezuela continues to bet on arriving at justice and peace in democracy."