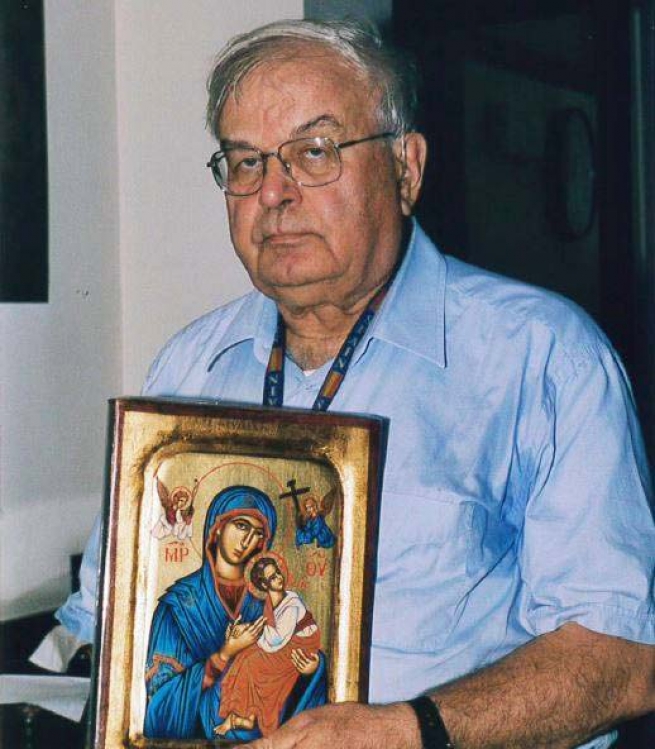 (ANS - Turin) - "Now I recommend to some of you who have a good memory, that you write down what I have said," Don Bosco often repeated. There have always been Salesians who have cherished and recorded the facts and the words of the founder. Fr Teresio Bosco (1931-2019) was one of these men.

Fr Teresio Bosco was born in 1931 in Montemagno Monferrato. He did his Salesian aspirantate in Penango, immediately showing vivacity and intelligence, together with a natural goodness and generosity. With enthusiasm and success, he journeyed through his years of formation to his degree in Theology at the Pontifical Salesian Athenaeum.

Meanwhile, he had already manifested an extraordinary communicative imagination, especially in his writings. His qualities did not escape the superiors who flanked him to Fr Carlo Fiore and Fr Gigi Zulian in the adventure of the "Salesian Companies". He had his secret: he wrote like a movie camera, the rhythm and pace of his writing was TV-like and readers could almost truly visualize the characters and story.

With the publisher SEI  Fr Teresio was the protagonist of a group of modern and popular magazines: Meridiano 12, Dimensioni and Ragazzi Duemila. He wrote as if he were before an audience of teens and young people. For them he began several series of publications that had immediate and lasting success: "Campioni" and "Eroi" and then the seven volumes of the series "An adventure for every day", and the five of the series "Diamanti", the first real attempt – and a very successful one – to publish books on meditation for teenagers. Also in this, his work, it was as if Don Bosco's own work was being continued, updated over time.

For schools he published numerous books. For three years he directed Bollettino Salesiano while churning out popular works with his recipe of "high readability", the same Don Bosco wanted for his "Catholic readings".

But the work he cared about most was the life of Don Bosco, to whom he dedicated many years and books. Above all: "Don Bosco. A new biography", which was translated into many languages and is still today the book that makes Don Bosco known to the world.

At the beginning of one of the many books dedicated to Don Bosco, Fr Teresio wrote: "I am convinced that Don Bosco is our great and specific treasure. If Don Bosco is removed from Salesians, what is left of them that is precious, specific, that distinguishes them from all other religious families? ... When I will remember and narrate the facts and words of Don Bosco, I will try to read deep inside, and I hope to strengthen the conviction that he is truly the Father and Teacher for each of us, and to him the Virgin Mary has entrusted us."

Yesterday, 11 February, Mary Help of Christians took Father Teresio by the hand and brought him to the House of the Father.