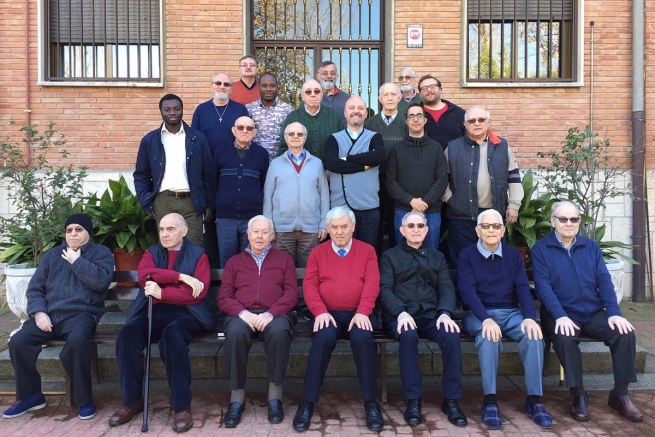 (ANS - Madrid) – On behalf of the Rector Major, Fr Stefano Martoglio, elected Councilor for the Mediterranean Region in 2014, is on an Extraordinary Visitation to the Spain-St James Major Province, one of the 10 that make up the territory of his region (six in Italy, two in Spain, Portugal and the Middle East).

The mission of the Regional Councilors, according to the Salesian Constitutions, is to promote "a direct link between the Provinces and the Rector Major and his Council. They take care of the interests of the Provinces entrusted to them. In the General Council they encourage the knowledge of local situations, in which the mission takes place" (No. 140).

With this in mind, at the end of January, Fr Martoglio returned to Spain, to Madrid, where he had begun his Extraordinary Visitation as early as last September.

On February 1-2, he visited the Vocational Guidance House in Madrid, and met the members of the "Pan Bendito" Social Platform, members of the Association of Mary Help of Christians (ADMA), children and youth, the Council of the Educational-Pastoral Community and the Salesians and pre-novices of the community.

Also on February 2, he visited the house of Carabanchel, in Madrid, where he began the meeting with prayer, presented himself to the community and explained the meaning of an Extraordinary Visitation, which he defined as "a grace of the Lord."

Fr Martoglio dedicated his time to dialogue with each of his confreres, pedagogical directors, pastoral coordinators and other persons in charge. He also took the opportunity to greet the various groups of students - those in vocational training, maternal and primary education, high school and higher education courses - and he animated and encouraged the teaching staff in their service.

He was also able to meet the members of the Salesian Family: Salesian Cooperators, ADMA and Past Pupils of Don Bosco, to listen to their concerns and get an idea of ​​the development of the groups. Later, he met the Youth Center animators to get to know firsthand the work they do with children and young people.

Finally, on 5 February, he inaugurated and blessed the "Innovation Room".

"It was a very interesting visit because he proved to be a pleasant person, close to us. His guidance was very precious for our spiritual and Salesian life," said the Salesians of Carabanchel.