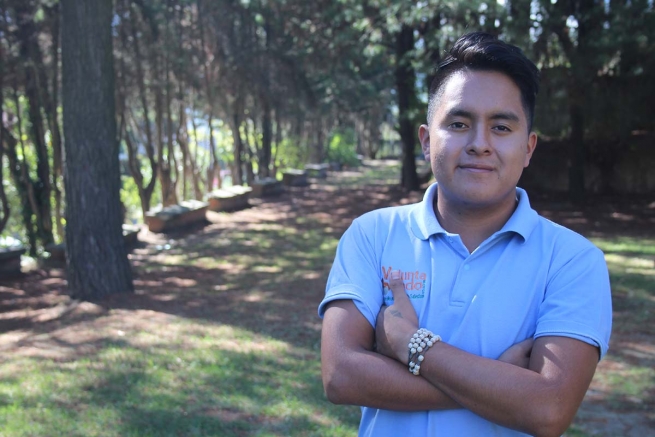 (ANS - Esmeralda) - The daily work with the vulnerable children and young people of Esmeraldas has aroused the interest of Nicson Sicha, a young man of 18, for the consecrated life. Seeing the work done by Salesians like Fr Pedro Vidal up close, and being aware of the good that can be done towards the most needy children and young people, has motivated this young man to follow in the footsteps of Don Bosco.

"Volunteering is a step to decide what you will do with your life, to clarify your doubts about the future; in my specific case, I am thinking of Salesian life," says Nicson, who was one of the protagonists of the last vocational meeting promoted by the Province, held in January in the "El Horeb" spirituality house in Quito.

When asked what was the impulse that led him to volunteer, Nicson did not hesitate to answer: it was thanks to his brother Dillan, born with a brain disability and a great desire to live.

Among the obstacles he had to face, however, Nicson reported the refusal of his family members. Moreover, since there was no Salesian presence in his canton, the boy was not able to follow a previous formation, with the exception of the 21 days of intensive course when he was already ready.

His efforts and determination were however repaid and he was sent to the "San Filippo Neri" community of Esmeraldas for a year.

The first time he visited the Santa Martha neighborhood, where the Salesian community operates, he was shocked: he saw young people between the ages of 15 and 16 smoking drugs on the streets and others who were beating each other up in full daylght. He was also surprised by their aggressive attitudes and behaviour, their lack of respect for others and the use of inappropriate language by the neighborhood children and youths.

Yet, recalling his experience, he affirms that the Salesian volunteer is he who is there for the children in need, and who in every moment or situation knows how to be a counselor. The best reward in these cases is a simple "thank you" or a smile on the face of someone who has been helped.

"To this one boy I dedicated great attention: I would talk to him and advise him, but I suffered a heavy blow when I saw that he was taking drugs, because I said to myself: 'we do a lot for them, but they do not care.' But then I realized that it is God who brought us to there, and so one recovers the desire to continue giving one's all."

Now Nicson hopes to continue in the process of discernment and strengthening of his vocation.