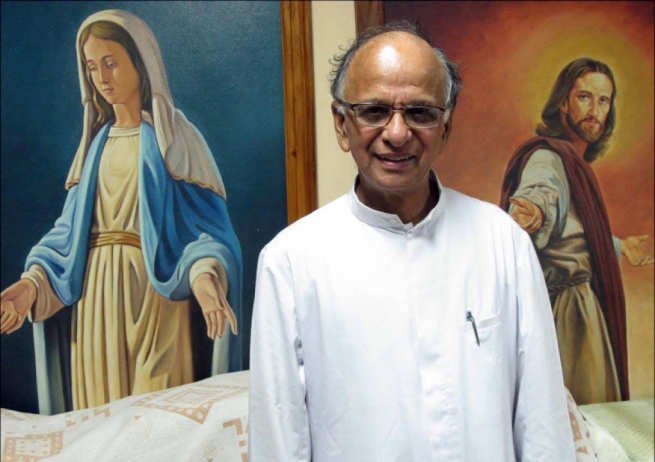 Of Fr Tom, Archbishop Menamparampil said in an interview with AsiaNews: "I admired from the start his courage and his foresight in all situations"; He was "ready to suffer this fate," and indeed, "has always encouraged the sisters to stay, even at the cost of martyrdom. And it is precisely what they did," the Archbishop said as he admitted that he burst into tears when he heard the news of the death of the four Missionaries of Charity during the attack on their work in Aden.

Recently, the Archbishop visited the family of Fr Tom at Ramapuram in Kerala, and reminded them of the wave of solidarity that has arisen worldwide for the kidnapped Salesian. Many groups of the local faithful, including the bishop, have offered to pray with Fr Tom’s older brother Mathew. "We started with the first five verses of Psalm 20, my favourite... As I read the first line, 'May the Lord hear your prayers in difficult times', he burst into tears."

"Some years ago,” said Archbishop Menamparampil, “an Indian Salesian, Fr James Pulickal, was kidnapped in Sudan and remained a few years in the hands of his kidnappers. However, the goodness of heart of the priest touched their hearts and in the end they let him go. We trust in the Lord, and we know that there is 'a time and a season' for everything."