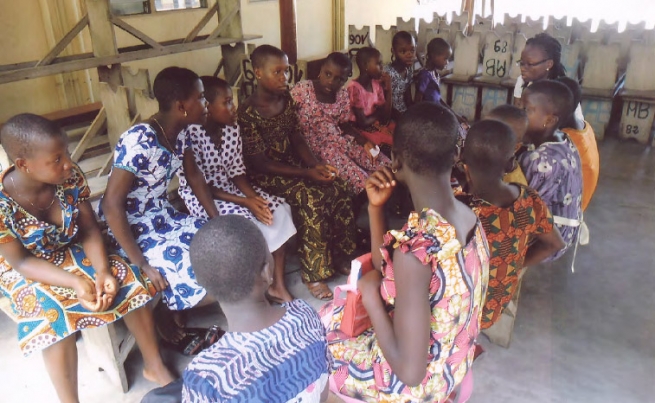 (ANS - Lomé) - According to the latest report published by the United Nations Development Program, Togo is in 166th place out of 188 countries, as regards the Human Development Index. Located in the Gulf of Guinea, on the west coast of Africa, Togo is one of the poorest countries in the world: over 30% of the population lives below the poverty line. The living conditions of children and women are degrading and worrying, and there are still cases of arbitrary arrests and detentions, torture and other ill-treatment, as well as impunity for human rights violations, as stated by Amnesty International. To cope with all this, the Spanish Salesian NGO "Solidaridad Don Bosco" continues to support projects in Togo.

The project of assistance to children at risk of social exclusion ended in February, which "Solidaridad Don Bosco" developed in the "Mother Margherita House" of Lomé, capital of Togo, together with the local center of the Salesian Cooperators. It had begun, thanks to the support of the Province of Huelva (Spain), in January 2018.

Some of the protagonists of this project have been asked to comment on the progress of the project and how it has had a positive impact on the "Mother Margherita House." Blaise Kpeni, Economer of the Salesian Cooperators of Lomé, commented that the project benefited the entire community, because it facilitated water access, through the construction of a well and a water tank, two fundamental elements.

The same was done with the "fencing of the horticultural area", which will help nurture and support the house. "The project has also helped to support the shelter for children in difficult circumstances and provide educational support for 12 interns and 30 girls."

Blaise publicly praised the formation of the families of these boys and girls as very positive, as well as that for the members of the Association of Salesian Cooperators and for all those who help in the accompaniment of minors.

For Joseph Olipoh, an active educator at home, "there are many experiences", and formation for educators was very useful, as was "learning about the psycho-social development of children and learning how to educate them according to their age."

Finally, the educator Akouvi believes that children have many emotional needs and that, as Don Bosco said, "it is not enough to love; we must make them feel that they are loved", because "when they feel loved, they open their hearts to tell you everything that happened to them and what leads them to do inappropriate things."