There was a problem rendering your image gallery. Please make sure that the folder you are using in the Simple Image Gallery Pro plugin tags exists and contains valid image files. The plugin could not locate the folder: images/05-Galleria-Fotografica/Vaticano - Breve apostolico 2019 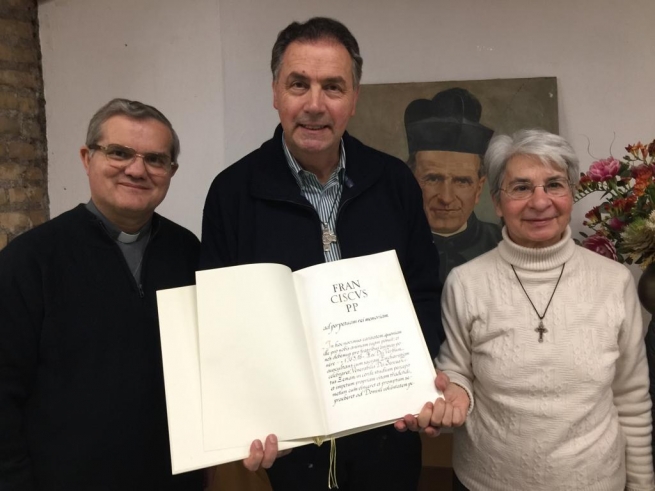 (ANS - Vatican City) - On February 26, through the Vatican Secretary of State, Fr Pierluigi Cameroni, the Apostolic Letter was delivered to the Postulator General of the Causes of the Saints of the Salesian Family, that is the official document signed by Cardinal Secretary of State, Pietro Parolin, and with the seal of the Supreme Pontiff Francesco (anulus piscatoris), confirming the successful beatification of Blessed Fr Titus Zeman, Salesian martyr, held in Bratislava, Slovakia, on 30 September 2017, with Cardinal Angelo the papal Legate.

The letter contains brief biographical notes of the new blessed, his martyrdom, a brief summary of the canonical course of the Cause, including the date of the memorial liturgy, the place and the date of the beatification.

As an official and permanent memorial of the event in ecclesial life, which also involves juridical-canonical consequences, the Apostolic Letter is published in Acta Apostolicae Sedis, official commentary of the Apostolic See.

This document will be kept in the Archive of the General Postulation in Rome.