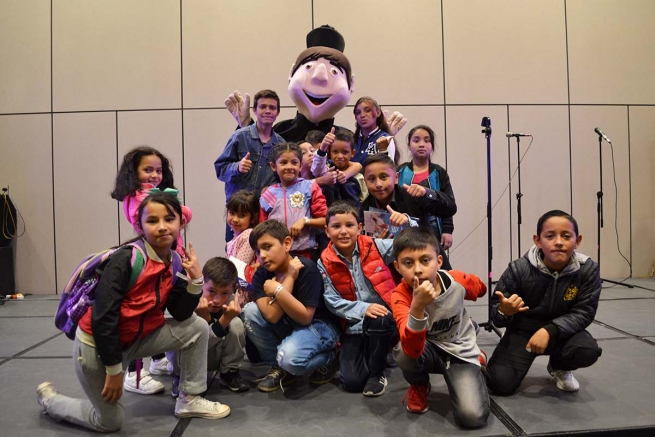 (ANS - Bogotà) - From 7 to 10 March, at the "Ágora" Congress Center in Bogotá, the Salesian Family of Colombia took part in "Expocatólica 2019", an event thas been promoted for already several years now by the Episcopal Conference of Colombia, to make known the evangelizing force of the Church. The motto of this edition, on the wake of Pope Francis' visit to the country in 2017, was: "Let us continue to walk together."

The event represented a favorable opportunity for people, organizations and institutions to share creative and innovative experiences of their activities, as well as a space of prayer and culture in which the initiatives of integral human promotion developed in the various regions of the country were made visible.

One of its objectives was to promote the culture of encounter or meeting which, according to the teaching of Pope Francis, "is a lifestyle and an attitude that favors dialogue as a method, the shared search for consensus, agreements, of that which unites rather than divides, and it is a path that we must all travel. For this we must give priority to time over space, the whole to the part, reality to the abstract idea, and unity to conflict.”

For the representation of the site, the house of Don Bosco ai Becchi was chosen, because it was from the experiences lived in that house that the desire of little Giovannino Bosco to become a priest and help others was born. What he lived in his early years marked his life in a decisive way and helped to consolidate the educational and evangelizing model that he would propose to his young people in the years to come.

Each part of this replica of Don Bosco's house at the Becchi was used to convey a message. The four dimensions of Salesian youth ministry (home, church, school, playground) were presented in different parts of the house, and there was also a silhouette of Don Bosco with which everyone wanted to take a picture.

"These were four days of encounters wherein we showed the Salesian charism through the groups of the Salesian Family," said the participants in "Expocatólica 2019" in conclusion.