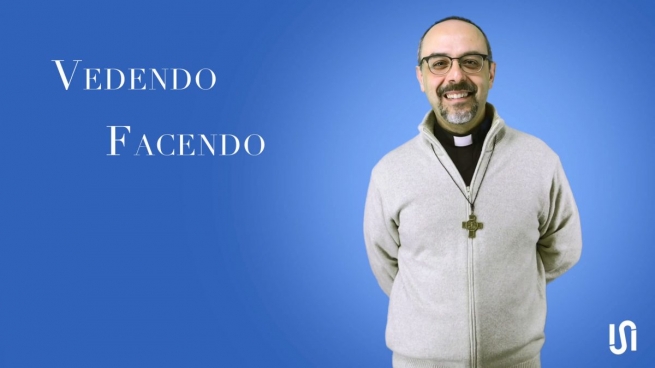 (ANS - Catania) - "Vedendo / Facendo" is a new web initiative designed and implemented by the Salesian Social Communication Office of Sicily. It is a series of videos about very broad themes (catechetical, ethical, social, philosophical and theological) in a journey that starts from seeing so as to arrive at doing, via understanding.

The issues dealt with will see the Salesians as protagonists, as well as young people, who have made themselves available for listening.

The first video, launched on 4 March 2019, is available on the Salesian channel of Sicily. It is a video presentation of what they wish to achieve through the Seeing/Doing feature.

The video, which has already achieved almost a thousand views and many shares, was first introduced by a social campaign, through storytelling on the main themes of the feature – to see and to do. Currently, other videos are already being written and planned, and even these will be introduced by graphics always related to the theme, and will be shared, as always, on the various channels of the Province in its social networks.

The "Vedendo / Facendo" project involves collaboration between a number of Salesians and young people occupying various roles in the Sicilian Province, and it is a project that will grow with time, committed as they are to improving day by day.

Fr Enrico Frusteri, Delegate for Social Communications of the Sicilian Province (ISI), underlines how the project is "a further web space where it is possible to deepen multiple themes, which are particularly important to young people; but the recipients of these videos are not only young people, but also those who dedicate themselves to their education."

Fr Giuseppe Cassaro, Dean of the "San Tommaso" Theological Institute of Messina and protagonist of the first video, for years engaged in the academic life, says they shall always tries to see issues that interest young people. In the video he says that this web space "does not want to be a strictly religious corner, but an opportunity to listen to the questions that arise from everyday life and affect our days."

"Vedendo/Facendo" is a journey of young people and for young people, but also a stimulus for those interested in the world of youth. As for the frequency of the offered contributions, at least one video is expected every 15 days.

"There is no time to lose - #staytuned - watch the first video, subscribe to the channel and participate!," concluded the promoters of the initiative.