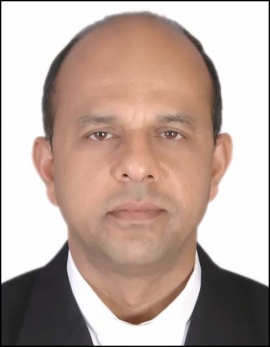 (ANS – New Delhi) – A Salesian who headed national media offices in New Delhi will now be in charge of the media office of the Federation of Asian Bishops’ Conference (FABC) in Manila, from 22nd March 2019. Media trainer Fr. (Dr.) George Plathottam has been appointed Executive Secretary of the FABC Office of Social Communications (OSC) in Manila, the Philippines. The FABC-OSC is responsible for the Radio Veritas Asia (RVA), the only continental Catholic Radio service broadcasting in 22 languages of Asia for the last 50 years.

The RVA Golden Jubilee celebrations are scheduled for 11-12 April 2019.

The FABC Central Committee meeting in Rome on 25 February 2019 appointed 62 year old Dr Plathottam as Executive Secretary of the FABC OSC for a period of 4 years.

“We extend to you a warm welcome into the FABC family and thank you for your acceptance of this important FABC position,” wrote FABC President Salesian Cardinal Charles Bo of Yangon, Myanmar.

Dr. Plathottam, was Rector and Principal of Don Bosco Tura in Meghalaya and Director of Don Bosco Academy Tura - a centre for Civil Service preparatory training and career guidance prior to his recent appointment.

A member of the Salesians of Don Bosco of  Guwahati province, Dr Plathottam has three masters degrees in Theology, Sociology, and Journalism & Mass Communications and doctoral degree on Mass Communication from North Eastern Hill University, Shillong.

Dr. Plathottam who has spent some four decades in Northeast India, especially in Guwahati, Shillong and Tura has worked as national secretary for communications at the Catholic Bishops’ Conference of India from 2008 to 2015 and Director of national media training and research institute, NISCORT from 2012 to 2015.

In 1992, he won The North -South Friendship Prize from Union of Catholic International Press and the Government of Germany.