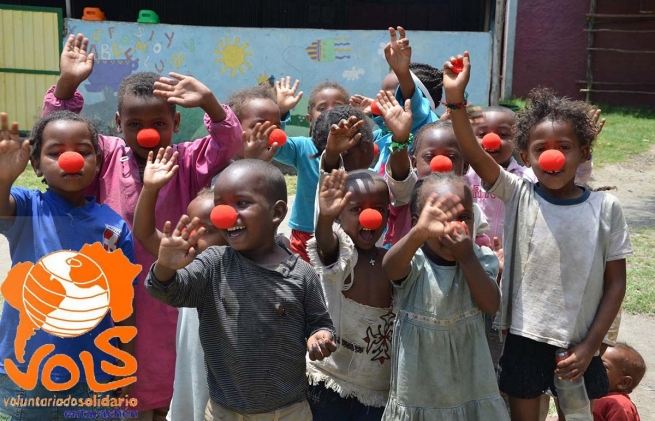 (ANS - Huesca) - "A spectacular day", thanks to good weather and, above all, to the large influx of participants in a cause of solidarity. Thus Antonio Rico, vice-president of the Salesian NGO "Entarachén-Vols", of Huesca, and of the mountaineering club "Javieres de Huesca", defined the 4th March of Solidarity of the municipality of Nueno for Ethiopia, which on 3 March brought together 250 participants in a circular route of 16 kilometers, with arrival and departure in the city of Hoya de Huesca de Arascués.

In the popular gathering for refreshments after the march, the number of participants rose to around 300, making this edition the most attended so far. Most of the participants completed the journey, with the exception of some children who were forced by the effort to finish the journey by car. In general, people of all ages took part in the event.

It was ultimately a day of solidarity, in which "from the first euro collected with the registration fee to the drinks purchased after the race were destined for 'Entarachén-Vols', for two projects in Ethiopia," said Mr. Rico.

The two projects being supported concern the Don Bosco Youth Center in Addis Ababa, capital of the African country, which serves around 500 children in situations of extreme vulnerability, offering them scholastic and financial support; and the "Women In Development" Project (WID), in the city of Zway, which works as a center for the promotion of women from an early age.

As known, the Ethiopians have a very low quality of life, as regards GDP per capita. Not only that, the United Nations Human Development Index, which measures the progress of a country, reports that Ethiopia is among the countries with the worst quality of life in the world. For this reason, the Salesians of Spain have decided to support their development.