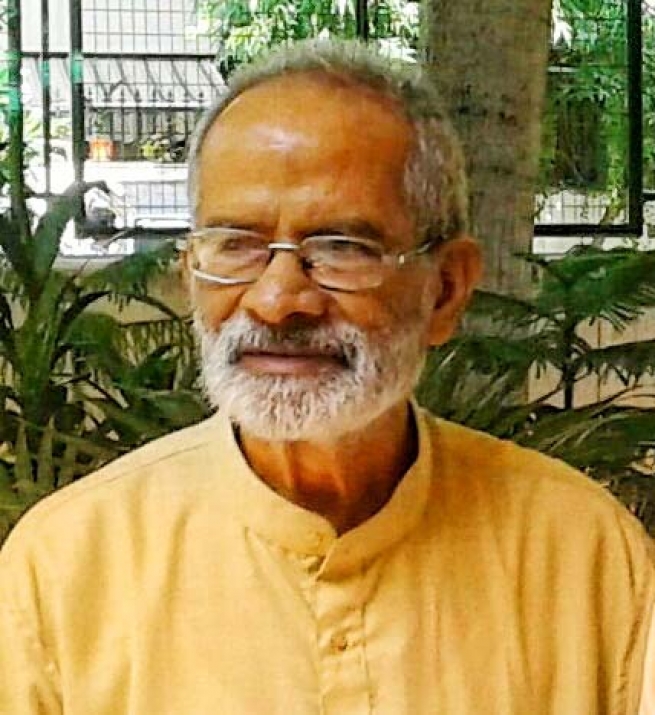 (ANS - New Delhi) - On the day when the Church celebrates the putative father of Jesus, on March 19, Fr Anthony Thaiparambil passed away in New Delhi, a man who can be considered the father of about 80,000 street children from various cities of India. Among the pioneers in serving children at risk in the slums, he spent 33 years devoting himself to various activities in their favor. The funeral is scheduled for Friday 22nd in New Delhi, in the province to which he belonged.

Fr Anthony Thaiparambil was the eldest of three other brothers who became religious: two as Salesian brothers, in the Calcutta Province, and one as a Jesuit priest. His brother Mathew also died recently, on February 1 in Calcutta.

"Father Anthony has touched many lives of street children [in Kolkata and New Delhi]. He always prayed for the children in the streets during his last days," said New Delhi Salesian Provincial Fr Jose Mathew.

Besides being a model for many other volunteers who would follow in his footsteps, it was probably he who inspired the character of Paul Lambert, the French missionary active among the poorest of the slums, in the famous novel "The City of Joy" by Dominic Lapierre. In fact, Fr Thaiparambil had started working for street children in the same room in the shantytown of Pilkhana, near the Howrah railway station, rented by Lapierre to write his masterpiece.

The Salesian had obtained a Master's degree as a Social Assistant and observed a disturbing number of children wandering in the area of ​​Howrah station, in Calcutta, children who were afflicted and very poor. Concerned, he decided to approach them and learn more about their situation. He began to regularly go to the station, to spend his time with them, to learn about their constant struggles for survival and the abuses they often suffered. He also noticed that during the day they did menial jobs and that at night they often had to fight for a minimum of security.

Unable to bear such misery, Fr Thaiparambil decided to act.

On 8 December 1985, with the support of the NGO "Seva Sanga Samity", he opened the first night shelter for 14 street children in the shantytowns of Pilkhana and began to live with them. Mother Teresa of Calcutta also came to the inauguration of the first shelter "Ashalayam" (House of Hope) in Belilious Road, Howrah, in 1991, and of the second refuge in Bhattnagar, Howrah, in 1995.

Subsequently, the Salesian went to work in the nation's capital, again in favor of street children: within 10 years, he opened three centers: in 1997, the "Don Bosco Ashalayam" center in Bindapur; in 1999 in Palam Gaon; and in 2007 in Lucknow, then transferred to the current headquarters in Mohanlalganj.

Today, over 500 children reside in the 23 "Ashalayam" shelter homes in the districts of Howrah, Calcutta and Nadia. Besides providing assistance to thousands of street children each year, the Ashalayam centers have so far helped around 80,000 children.