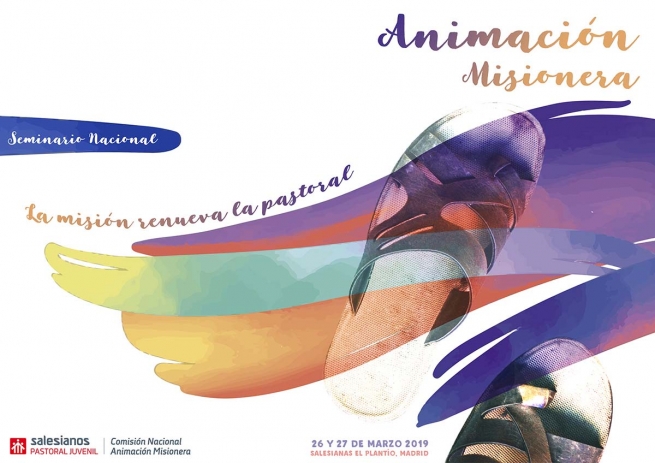 (ANS - Madrid) - The concept of mission in the Church is in a full phase of review, due to globalization, the new cultural context, migration, pluralism ... These and other realities have led to the emergence of new theological and pastoral approaches to the mission, especially those that Pope Francis is bringing with his teaching for an outgoing Church.

The Salesian Congregation, missionary since its origins, not only follows this evolution closely, but participates in it. For this reason, the Salesians organized a seminar on Missionary Animation to be held on 26 and 27 March at the "El Plantío" center in Madrid. With the title "The Mission renews Pastoral Care", the seminar aims to update the vision of missionary action in Spain and in the Congregation, and to extend it to all Salesian circles.

The seminar presentations will shed light on this macro-theme starting from three key points: ecclesial, of the congregation and pastoral. Roberto Calvo, professor at the Faculty of Theology of Northern Spain (Burgos), will speak on "Mission animation in the new paradigm of mission". Fr Gianni Rolandi, member of the Dicastery for the Missions, will talk about "Past, present and future of Mission Animation in the Salesian Congregation." Finally, Fr Miguel Ángel García Morcuende, member of the Congregation's Youth Ministry Dicastery between 2010 and 2017, will focus on "A youth ministry that is renewed through the mission."

Also taking part, the National Delegate for Missionary Animation, Fr Juan Linares, and the delegates of the two Salesian Provinces of Spain: Fr Javier Zudaire, of Spain-Mary Help of Christians (SMX), and Xabier Camino, of Spain-St James Major (SSM). They will be accompanied by the commissions of the provinces, composed of Salesians and lay people.

Furthermore, the presence of the SSM Provincial, Fr Juan Carlos Pérez Godoy, and of the Provincial Vicar of SMX, Fr Fernando Miranda, as well as several Spanish missionaries who have returned to pastoral service in their country of origin are expected. Finally, the representatives of Salesian NGOs in Spain ("Jóvenes y Desarrollo", "Solidaridad Don Bosco" and "Vols") and of the Salesian Mission Office in Madrid will also participate.

The Salesians hope that this seminar opens new paths to missionary animation. They wish to continue to promote the vocational and missionary character of every Christian as well as propose missionary formative processes. And, on the guidelines drawn by Pope Francis, they maintain that "being a missionary is to be a Christian in his most intimate essence."