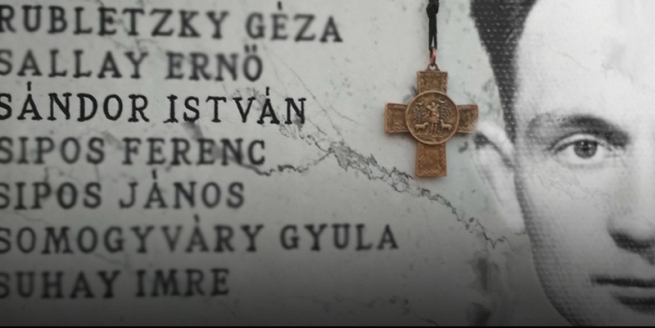 (ANS - Budapest) - The Hungarian Salesian Province of "St Stephen King" announces, with great joy and emotion, that at the end of a long course of studies and research, it has succeeded in identifying and bringing to light the relics of Blessed Stephen Sándor, Salesian martyr (1914-1953).

Preparation work began over a year ago under the guidance and supervision of Dr. Eva Susa, legal expert. Based on the documents of the era that were consulted, the professional experience and the hypotheses held, there was the conviction, or at least the strong hope, that the martyr's body was buried with his companions, the same who shared that tragic death in the New Public Cemetery of Budapest, and more precisely placed in the 37th place, in the second row, in burial niche 301.

Stephen Sándor, a Salesian brother, was sentenced to death following false trials, and was buried in an unmarked tomb. Before his beatification, which took place in 2013, the Salesian Congregation had tried to recover the martyr's body. The historical-archival study of Dr. B. Varga Judit, although not having achieved a definitive result, had largely contributed to the current work.

On 12 November 2018, in the presence of scholars and experienced professionals, the tomb was opened where the bones belonging to six complete skeletons were extracted.

The anthropological study performed on the bones took place in the NSZKK Anthropology Laboratory (National Research Center). The genetic material belonging to the Martyr was extracted from an envelope that had been personally closed by Blessed Sándor and a stamp used by his brother. DNA analysis was performed by Dr. Eszter Dudas.

"At the end of these exams, carried out under strict specialist supervision, we are pleased to announce that, from both a legal and a forensic point of view, among the remains of the six subjects we found we were able to identify those of the blessed Stephen Sándor, Salesian martyr," Fr Pierluigi Cameroni, Postulator General of the Causes of Saints of the Salesian Family, affirmed with satisfaction.

Subsequently, based on the indications of the Holy See, news will be provided regarding authentication, preservation of relics and religious celebrations.

The Salesian Family thanks all those who participated, collaborated and made the process of recovery and identification possible.