Italy - Salesian students of Europe at work for a common project: "EntreApp" 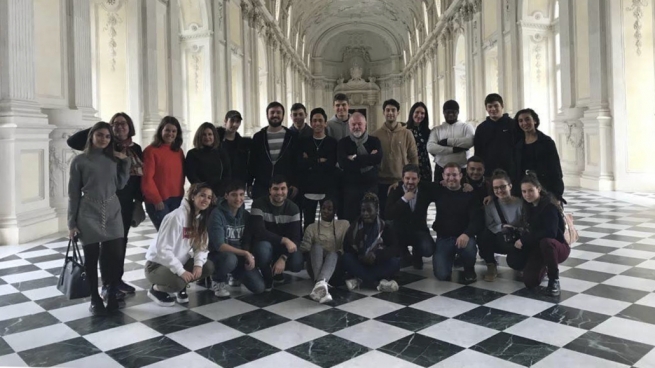 (ANS - Turin) - A red thread links Valdocco to Seville, Versailles and Bilbao: it is the "ENTREAPP" project which brings together students from different Salesian educational institutions in the development of an app for the promotion of tourism in the city of Seville.

Each Salesian center has a well-defined role consistent with the peculiarities of the place of origin. The Vocational Training Center (VCT) of Turin-Valdocco deals with the creation of the graphic layout, that is the design of the logo, the printing of the materials and the graphic interface. The task of the "Colegio San Pedro" of Seville is instead to write the computer code for programming the app. The students of the Salesians in Bilbao deal instead with the translation into Spanish, with the creation of audio-video contributions and with QRCodes that will apply to every single point of tourist interest. Finally, the “Professional Technical High School” of Versailles deals with the contents and the drafting of the texts of the project and the related translation into French.

The advantage for the tourist, provided by the app in progress, will be to find, in the vicinity of the point of interest, a series of information useful to enhance the experience of their visit as tourists.

The students involved, led by formators and teachers, have alternated and will alternate research and development sessions in their respective institutions with international mobility weeks, as if to seal a real twinning between the venues.

As is typical of Salesian VTCs, the formation has offered students the chance to experiment according to the procedures proper to the world of work. "We designed the logo and its applications among us teachers and with the students of the 'Multimedia Graphic Operator' course, organizing them as if we were a communication company," said one of the educators involved, prof. Malacasa.

"Our laboratories," said prof. Malasca, "are organized according to this modality, which is that of the (customer) order, able to simulate production in the field of communication."

But there's more: another feature of the project was its inclusiveness: “In the project all the processes of the sector present in our VTC were involved: from graphic design to printing. The same students with disabilities, led by their trainer, Emanuele Mensa, inside the laboratory where they apply logos on simple clothing or gadgets, contributed with setting up and printing the T-shirts. We have thus achieved the goal of making the project known, making them become protagonists!”, the teacher concludes enthusiastically.